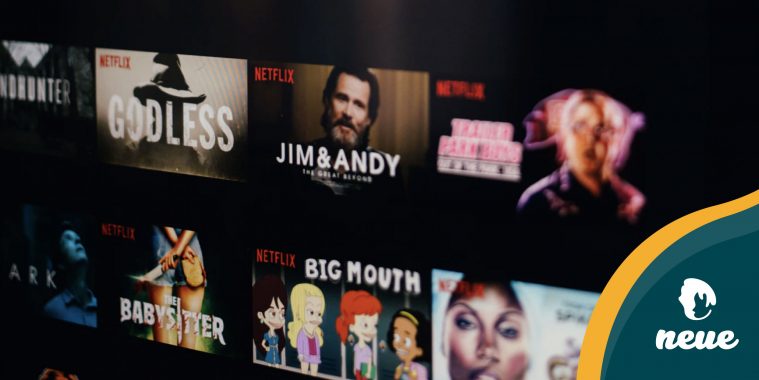 Six Binge-Worthy Shows On Netflix You May Have Missed

We’ve all been there. An aimless scroll through the well of Netflix titles looking for something that screams out to us and landing on nothing.

Netflix is the world’s leading streaming entertainment service with 193 million paid memberships in over 190 countries.  The list includes TV series, documentaries and feature films across a wide variety of genres and languages.

And with thousands of TV shows and movies from Netflix to choose from, it’s not difficult to see why Netflix users waste a lot of time searching for something to watch.

According to a study, Netflix users spend 17.8 minutes, on average, browsing possible TV and movie options before selecting something. (Is this you too?)

To help you better manage your time browsing on Netflix, check out this list of binge-worthy shows that you may have missed.

This four-part series is about a chilling 2003 bank heist bomb plot. It starts off with the grisly death of a pizza man who robs a bank with a bomb around his neck – and gets weirder from there.

Once you begin watching, it’s hard to tear your eyes away from the series. The series unfolds like an origami bird, with twists and turns you won’t believe. If you’re a fan of crime documentaries and thrillers, this one’s for you!

Click here to learn more about America’s most diabolical bank heist on Netflix.

What’s there to watch after the finale of Game of Thrones? Try adding Norsemen to your watch list.

It’s a viking comedy TV series about a group of vikings living in the village of Norheim around the year 790. The show is a quirky take on the lives of vikings if they were also your weird bearded cousins.

According to the Medievalists, one of the reasons why Norsemen is so funny is that all the characters speak as if they were modern day people, so you get jargon that you might typically hear at the office meeting or on bad reality television.

During the mid-20th century, 43 superpowered infants are born to women who show no signs of pregnancy.

Sir Reginald Hargreeves, aka the Monacle, adopts seven of the children to train them to save the world from an unspecified threat.

The seven children all have their own unique powers and are numbered by their usefulness according to the Monacle.

It’s a fun “superhero” show that doesn’t take itself too seriously. It also features a talented ensemble cast including Ellen Page as Vanya Hargreeves and Tom Hopper as Luther Hargreeves.

The first and second seasons are now available on Netflix.

The series follows Mumbai-based matchmaker Sima Taparia as she painstakingly works with singles and their families in India and America to find desirable mates for marriage.

Fun fact: Did you know that approximately 90% of all Indian marriages are arranged? And about 74% of Indians between the ages of 18 and 35 prefer it that way?

Reality TV is everyone’s guilty pleasure. So why not add this to your list?

One commenter who left a post under the official Netflix trailer on YouTube said it best: “This is Indian Tinder … where the mothers swipe right!”

This original Netflix series, originally titled La Casa de Papel, follows the Professor (Álvaro Morte), a criminal mastermind who brings eight thieves together to take hostages and lock themselves in the Royal Mint of Spain as he manipulates the police to carry out his plan.

This Spanish-language drama has been on everyone’s watch list since its season one was released on Netflix in late 2017. If you’re not watching it yet, you’re missing out on some good water-cooler talk.

Click here for more reasons why you should catch it on Netflix.

Dark is a series about factions of people, most of whom are related to one another through generations of small-town links, fighting for control of time travel. In the town of Winden, Germany, there are several families who are all interconnected thanks to a 33-year-cycle of trauma.

If you haven’t had enough of Stranger Things, check Dark out as both shows have prominent storylines set in the 1980s and feature kids who wander about a small town where weird things are happening.

So the next time any of your friends say there’s nothing to watch on Netflix, be sure to share this article with them!

Whatever mood you may be in right now, I’m confident that any of the mentioned shows above will help you beat the Monday (or weekend) blues.

What shows are you currently watching on Netflix?