Buying A 3D Printer? Here’s What To Consider

A face mask? A printed head of Elvis? That missing part from your old grandfather clock? The applications of 3D printing in the home are boundless – and the same goes for various industries from health care to car manufacturing.

While the visions of an additive-manufactured world may still be distant, there are plenty of ways you can already put a 3D printer to use in your own home.

Decent 3D printers for home users are available for purchase at well under 1,000 dollars, ranging from just a few hundred to several thousand. 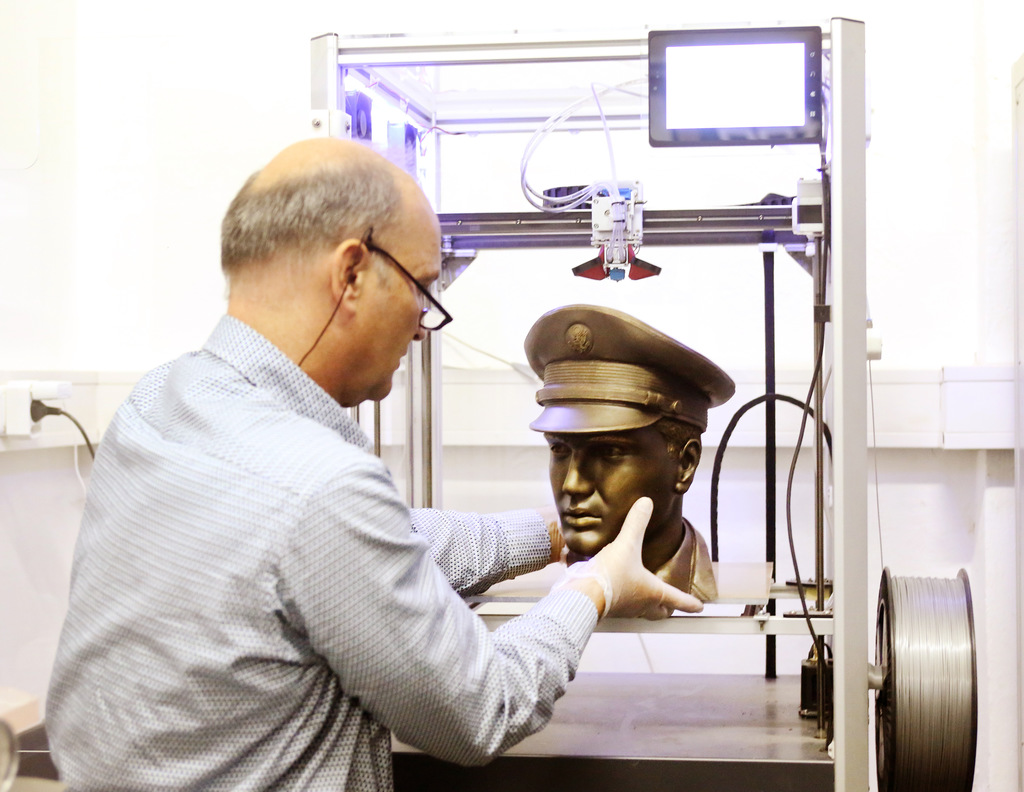 Yes, you can even print the head of Elvis with a 3D printer. German researchers recently didi it in bronze to display it in a town where the singer once posed for a photograph. (Photo: Roland Weihrauch/dpa)

But those who want to get into home production of 3D objects should first thoroughly consider how computer savvy they are, what they want to produce and where the device will be located.

Going through those considerations will help users find the right kind of printer.

Try and imagine how many objects you will realistically be building. If the printer is just needed once a year, you may be better off seeking out a nearby business that offers a 3D printing service.

Most 3D printers are controlled through Gcode commands, a language which is very similar to the one used in industrial CNC machines.

Depending on whether you intend to use a template or want to design your own objects on a computer, you will often need to get into the technical nitty-gritty and take matters into your own hand.

Some manufacturers use their own controlling software, meaning that templates in other file formats can cause problems.

One of the most important questions to answer before buying a new printer is what you want to produce. Cheaper models often don’t have a large area to fabricate the object.

The larger the space for the layer-by-layer additive manufacturing – another name for 3D printing – the larger the object being produced can be.

This face mask was 3D-printed from a flexible plastic. (Photo: Armin Weigel/dpa)

Printers around the 1,000-dollar mark usually have a build area of at least 20 square centimetres, much larger than that of many cheaper models, which have problems printing covers for larger smartphones at 15 x 10 cm.

A larger model will also help you produce more household objects, from kitchen utensils to old machine parts, meaning you are more likely to make use of it.

The location of the printer is also important to consider because printing usually takes many hours while generating a lot of heat and noise, not to mention smelly plastic steam. There should definitely be adequate ventilation for the printer.

However a more flexible placement of the printer is possible if it can read data from SD cards and is not reliant on a continuous connection to a computer.