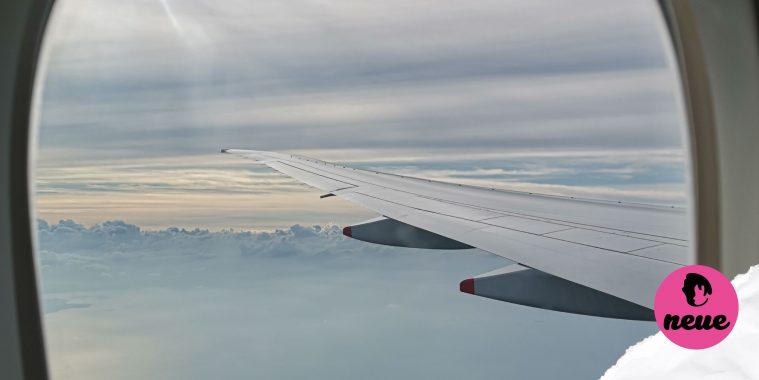 Travelling During A Pandemic: Brunei To South Korea

The world came to an abrupt halt when the pandemic began to hit country by country. This huge shift resulted in a change in the way we live our lives worldwide. As a result, most people had to persevere and adapt to the new norm.

Travelling, for the most part, was thrown out the window in order to minimise the spread of COVID-19. Eventually, though, essential travelling, such as for business, studies and migration, were allowed. But at a cost.

For today’s feature, we got in touch with a Bruneian postgraduate student in South Korea, Amal Kadir, to shed some light on the reality of travelling during a pandemic.

What made you decide to return to South Korea?

Amal: I feel like I need to do a little backstory here. In 2019, I was awarded a scholarship by the Korean Government called the Global Korea Scholarship to do my Masters degree there. In February 2020 I decided to go back to Brunei for a little trip, about 10 days or so. I ended up staying in Brunei for close to 6 months due to the pandemic. My return to South Korea was planned and approved by the relevant Brunei and Korean government agencies.

When did you know that you had to return to South Korea?

Amal: I had to defer my studies for 6 months and apply for leave. This means I was expected to resume my studies by late August to early September. And I have to physically be in Korea to continue my studies. Of course, we had to constantly monitor the situation there and just really make sure that it is safe to travel.

To prepare for her departure, Amal had to liaise with multiple agencies including her university in South Korea and the Brunei government to settle her visa and other important paperwork.

As part of the Korean government state-mandated isolation requirement, foreigners are charged up to 2 million won (roughly BND2,500) to stay in their quarantine facility.

Fortunately, Amal was allowed to carry out her quarantine at her university dormitory at a reduced cost.

What did you fear the most?

Amal: That flights would be cancelled at the very last minute. After all, this is something that you have to be mentally prepared for. My other fear was catching the virus during my travels, as you do hear a lot about imported cases in neighbouring countries. 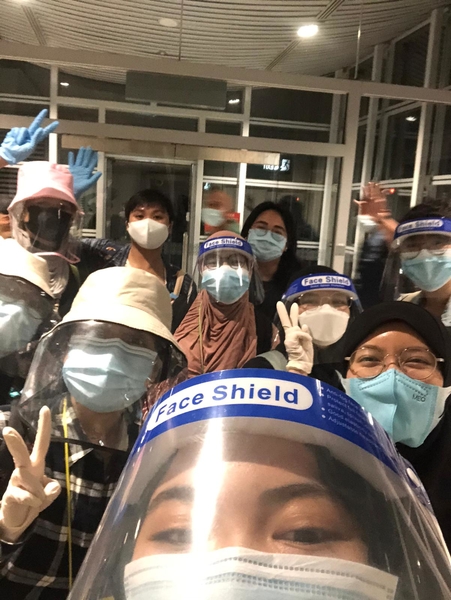 What were your preparations for the whole journey?

Amal: So I was travelling with 10 other Bruneian students, and we just went all out in the cleanliness department. I packed spray sanitiser, a bunch of sanitising wipes, face shield, a few change of masks and gloves where I would change them before I went inside the plane before I got out of the plane before I hopped on the bus before I rode on the train. I don’t want to take the risk so I really have to be extra cautious. Oh also three Jollibee burgers, just in case!

Describe your experience when you landed at Incheon Airport.

Amal: My experience was a little bit unique. As I got to the immigration counter, the officer did the usual thing, checking the passport, asking for the health questionnaire we had to do during the flight, and then she checked my temperature. It was recorded at 37.7 degrees Celsius. The officer gave me a green lanyard pass and asked me to head to the side area to see the doctor and get checked. 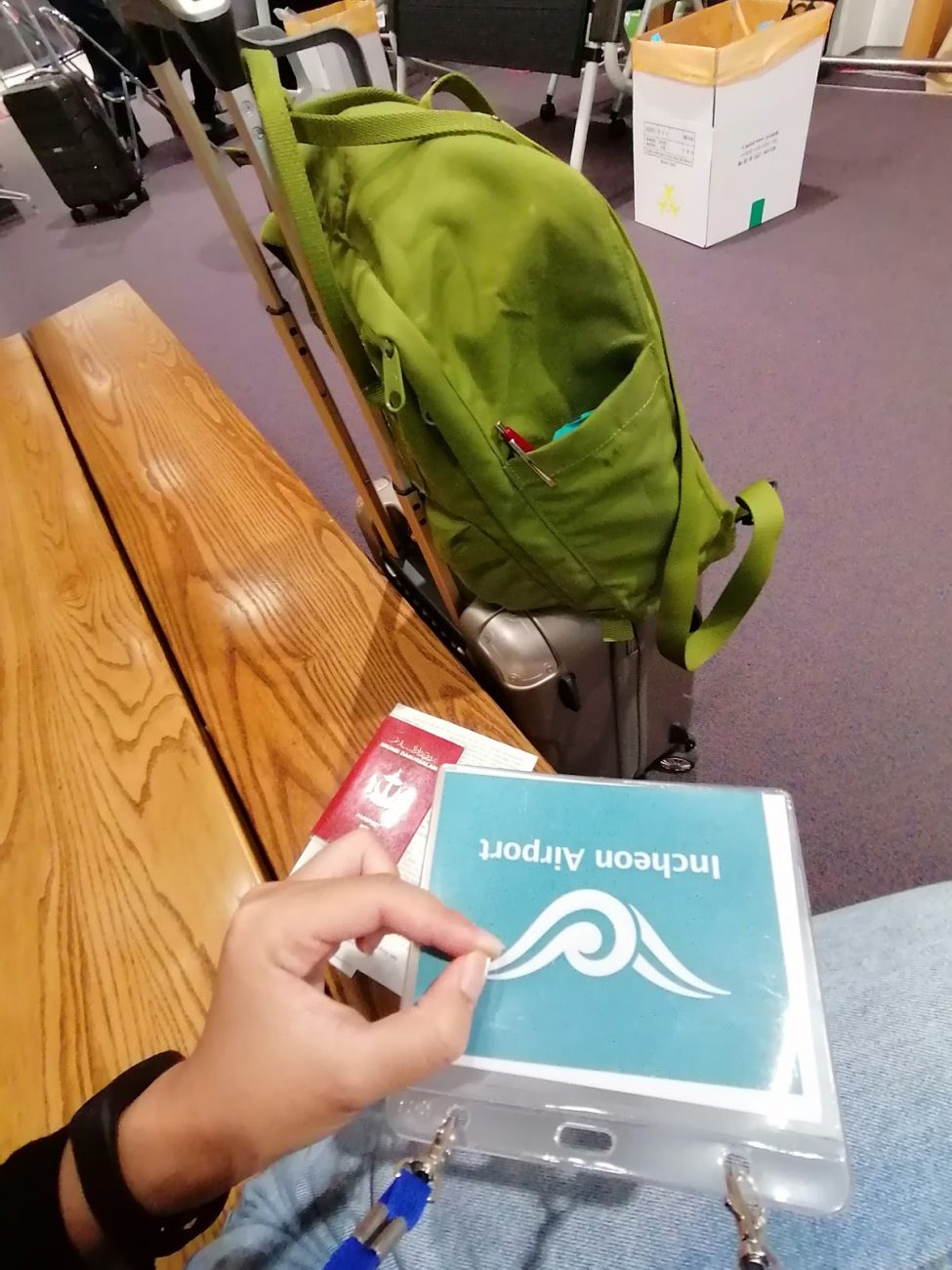 Amal: My panic mode started seeping in but I kept a calm composure and walked over to the officer in charge. She checked my temperature from both my ears, she asked about my health condition, who was in charge of my arrival and checked my temperature. I should mention that when you arrive in Korea, you will need to download the “Self-quarantine Safety Precaution App” and key in personal information including a valid telephone number – it could be of your friend’s, your family’s or in my case, my academic coordinator. She called the number, probably to have my arrival validated and then checked my temperature again, and referred me to the doctor on site. 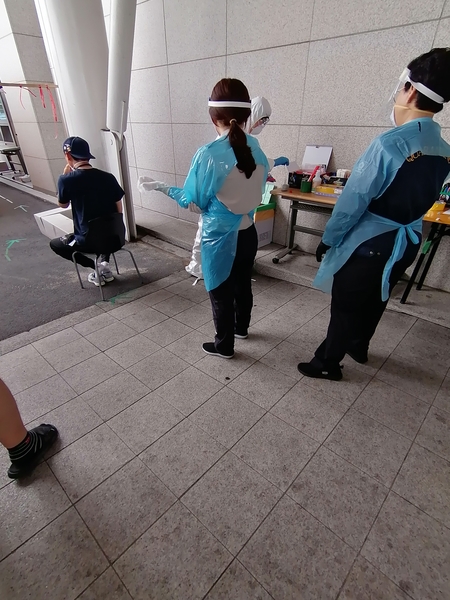 As per protocol, Amal had to be isolated away from her friends who were on the same flight with her. She also had to undergo further tests at the airport.

Amal: I was brought to another table, given the N95 masks, the one that really hugs your face and was guided to the other side of the area. The officer gave me a bunch of forms to fill, mostly about quarantine agreement. I filled the forms and then I was brought to this room, which was basically the boarding area between the gate and the airplane. Waited for about 10 minutes. My name got called with two other Koreans and we headed downstairs to an open area to do the test. The doctor inserted the swabs, one inside both my nostrils and the other one inside my mouth. It was quick, not as painful as the ones I did in Brunei. 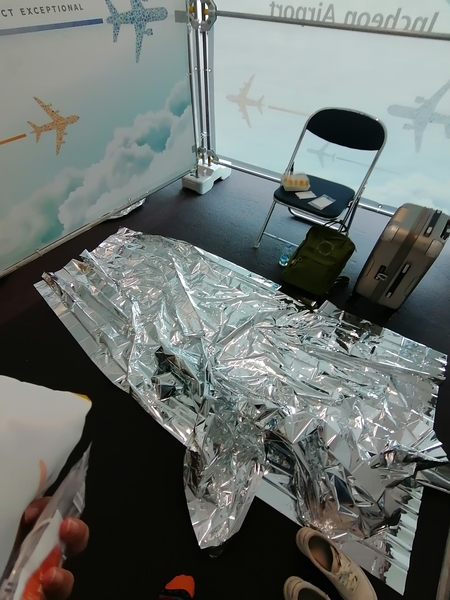 Amal: The officer gave me 2 pieces of emergency blanket, a pack of sandwiches and a bottle of water. When I asked him when will the result come out, he said it should be out by 2pm. At that time, it was 9am. While waiting, I slept for a bit with the blanket, ate the burger I tapau-ed from Brunei, and cleaned my face and my hands with the wipes. We also have access to the toilet and the whole area was pretty chill. Then it was lunchtime and I was given a tuna kimbap roll, ate it, and waited until it was 2pm.

Eventually, Amal’s results came back negative. She was then allowed to leave and continue to finish her quarantine at the university dormitory for 15 days where she was provided 3 meals daily and had access to the Internet. 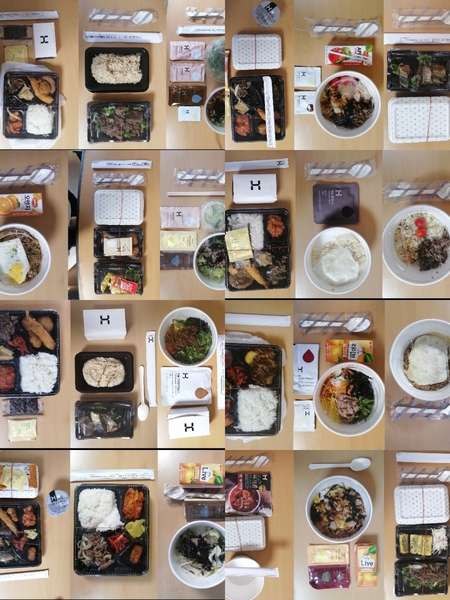 As a disclaimer, this is only one person’s experience, let’s all stay safe while we travel. We’d love to hear YOUR travel stories too.

Let us know in the comments below!