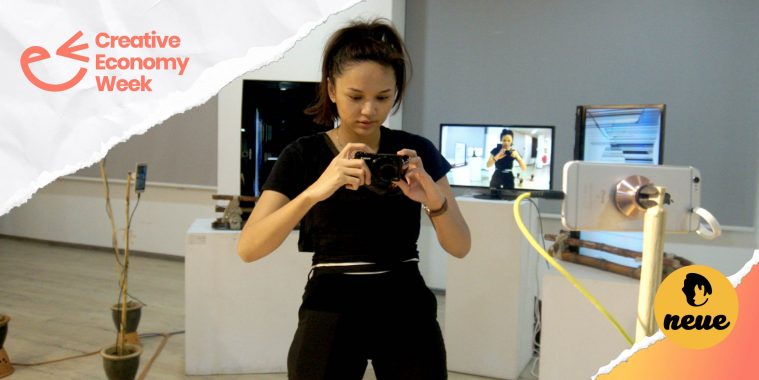 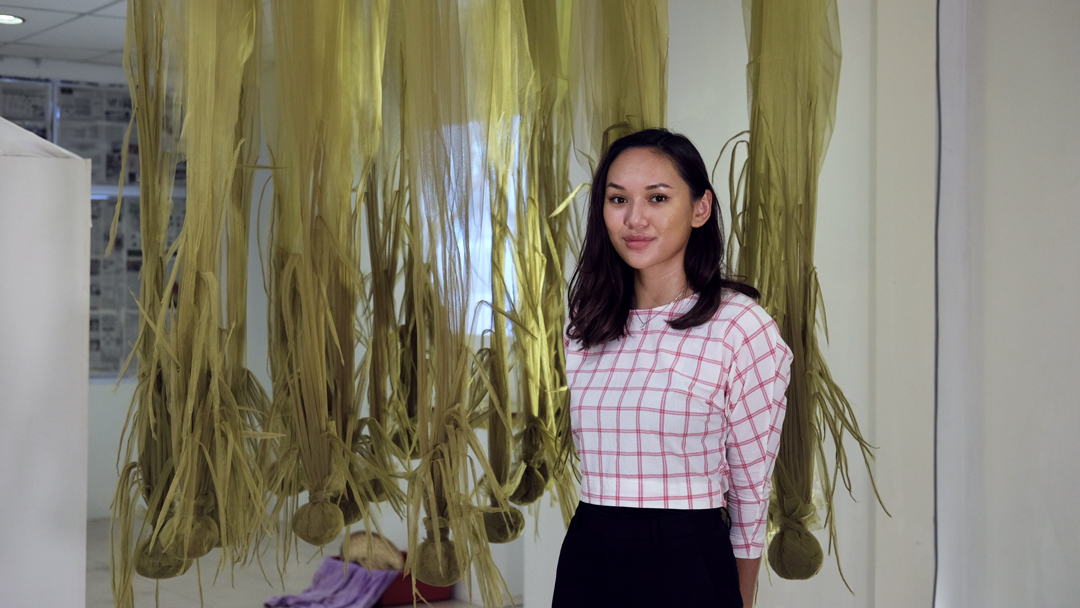 I am in a cafe where the sockets don’t work. I put my laptop away just as Yasmin Jaidin walks up to where I am seated. She is jaunty and chirpy, and when I tell her I have to record our conversation, she laughs and says, “Oh, you shouldn’t have told me that! I’m not really good with interviews because I’m a bit of a scatterbrain.”

This light-hearted, assured and honest spirit, I will soon learn, is characteristic of the way she approaches her art and work. Yasmin Jaidin is an exhibition and sculpture artist known for her minimal and contemporary works that incorporate everyday materials like sugar, flour, grass and soil.

As a child, Yasmin was directed towards a more essential industry. But, just as she is assured now, she had put her foot down and told her mother she just was not interested in the industry. And so with her mother’s begrudging support (“I’m very lucky to have my parents’ support”), she left for Goldsmiths, University of London the year after she finished her A-Levels, a bright and shiny MOE scholar – and a painter.

Her shift in art medium – from painting to conceptual works – was mostly by serendipity, she tells me. It was her first year home during summer break and she had wanted to work on her art, but art materials and supplies were scarce.

“You couldn’t get canvas, acrylic was so expensive, and I just couldn’t paint,” Yasmin recalls, “When I went back to the UK, I realized, I know I’m not gonna be in the UK forever. I know for a fact I’m returning to Brunei, but I didn’t want to return to Brunei and have nothing to do. So I thought to myself, what is something that I can have access to all around the world?”

It also helped that her university was right next to a supermarket. “That just kind of became my art material shop,” she laughs.

The first material she decided to work with was sugar because a housemate at that time had forgotten to close a tin of sugar. Sugar hardens in humidity and Yasmin quickly realized that it was so hard to the point she could manipulate it to become a sculpture, “What I loved about it was you can put a block of sugar with a little bit of water and you don’t have to put any other material.” 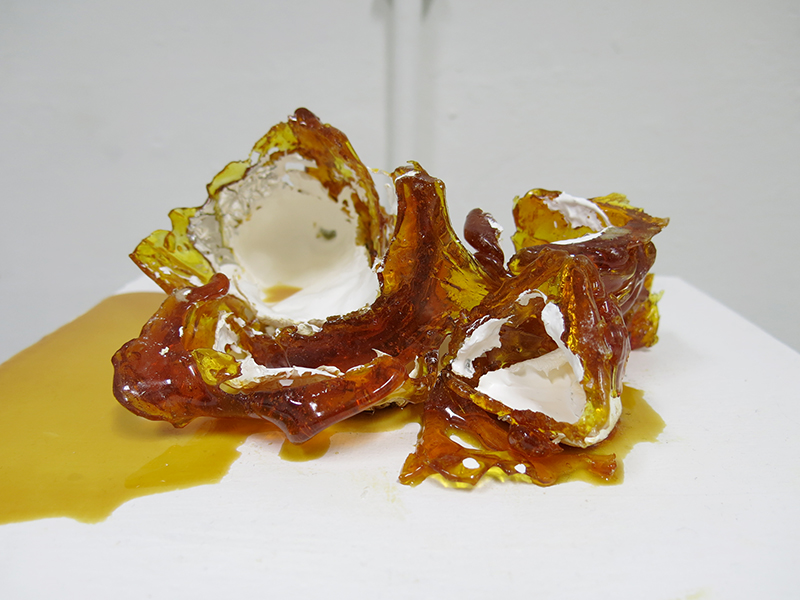 “So that’s how it kind of started and how I began to challenge these materials that you can find every day.”

Today, Yasmin is a full-time Art teacher and spends most of her time doing art in class with her students. She practices only when she is approached for a project or an exhibition. As such, she doesn’t quite see her art as a hobby.

“I don’t come home from work and be like, oh, I’m feeling creative! Recreation to me is sleeping or watching TV. When I go home, I just wanna take a nap, you know?” she chirps. I laugh, not quite expecting an artist to reject the idea of art as a hobby. I quickly learn that Yasmin’s approach to her art is unorthodox, in the sense that it isn’t self-indulgent and yet is injected with her palatable tongue-in-cheek charisma.

For one thing, she creates art for her community, “When I create art, I’m supposed to share it with others. I don’t see myself in a place where I like to surround my personal space with my art. I reserve my creative work for community work.”

For another, she adores sarcastic approaches to art creation. It was because of her time in Goldsmiths, she tells me, that her work picked up notes of sarcasm, “They were renowned for producing these artists that did weird stuff, and really shocking stuff.” 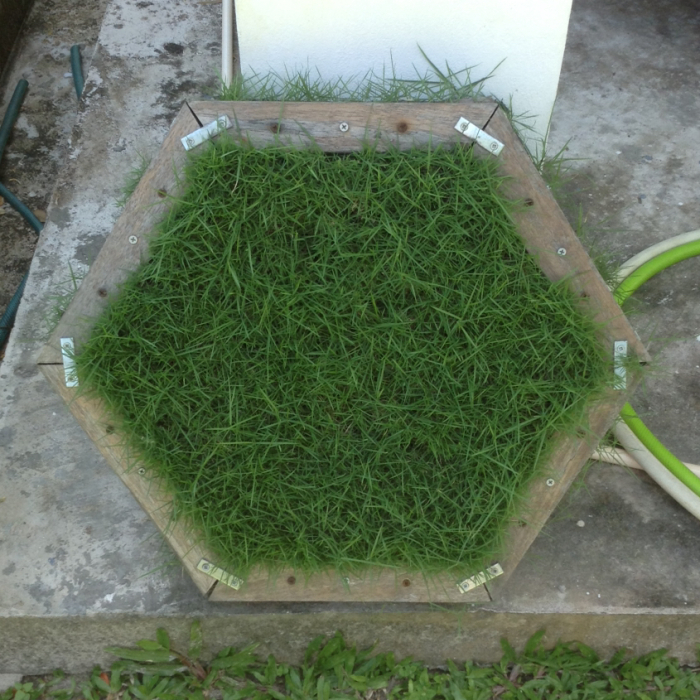 Someone had once approached Yasmin for an exhibition and expected her to produce a 2D piece of work – a painting, a drawing, anything that lay within a frame – and Yasmin wittily decided to frame a patch of grass. “I called it a landscape,” she laughs, “I don’t think anyone would want that kind of work hanging in their living room.”

The patch of grass was replanted in the garden after the exhibition.

This is the whole point of her work; that it only exists for a certain period of time, then disintegrates shortly after. The sugar will melt, the flour will dissolve. It’s all just an exhibition, and at Goldsmiths, she had the pass to do everything she wanted, “That’s when I think I was incredibly self-indulgent because I was given this platform to produce whatever I wanted as long as I had the research to support it.”

Throughout our conversation, Yasmin regularly brings up the idea of self-indulgence. I have a hard time grasping this notion until she explains how art is often a medium of expression; it is more often than not a liberating reflection of the artists’ emotions.

“I think when you’re an art student or just a student in general, or maybe anyone in the creative industry, your work is self-indulgent to a certain extent, because you get to come up with your own ideas,” she says. 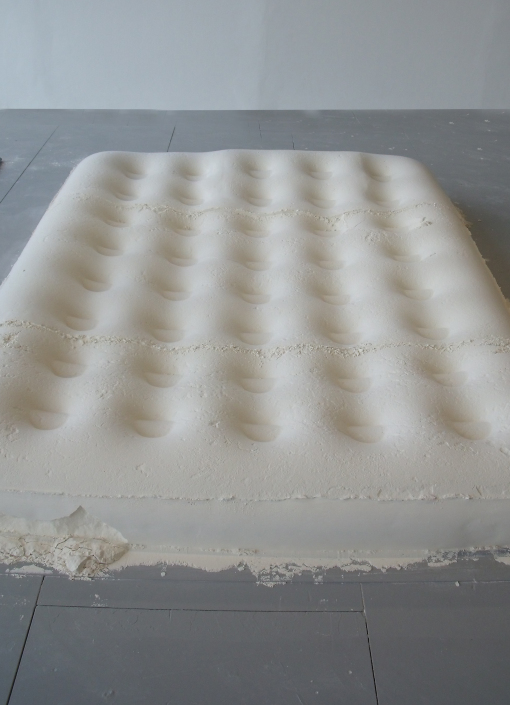 It was true for herself too. Some of Yasmin’s work in university included 300kg of plain flour shaped like a mattress (Untitled 28:17) and 80kg of solidified granulated sugar bricks (Tate & Lyle). It was only when Yasmin returned home to Brunei after her time at Goldsmiths that she became aware of such self-indulgence.

“The first thing my mother said to me was, “you wasted 300kg of flour, you wasted all this sugar!” That’s when it dawned upon me, I was being a bit insensitive. When I was in the UK, anything goes but now that I’m back in Brunei, I have to learn to adjust. There are certain things I need to be more sensitive towards and more aware of,” she reflects, “The people in the UK can be quite individualistic but here in Brunei, it’s more community-oriented, we’re more aware of others and more considerate towards our community.” 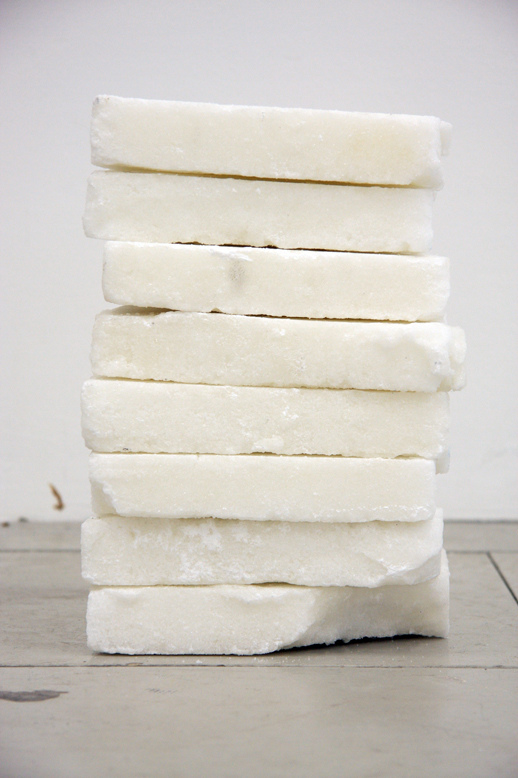 For Yasmin, shedding self-indulgence in her work is important to learn to be more emotionally intelligent and aware of the cultural nuances in her community. Being back home in Brunei has challenged her to transform her education in the UK to better communicate with her local community.

“I’m kind of working on that still. Even though I’ve had some exhibitions [in Brunei], I feel like I still haven’t found that balance between being understood by my community, whether it’s through my materials or my message, and the global art industry,” says Yasmin, “That’s where my main focus is right now.”

You can view more of Yasmin’s work at yasminjaidin.com.