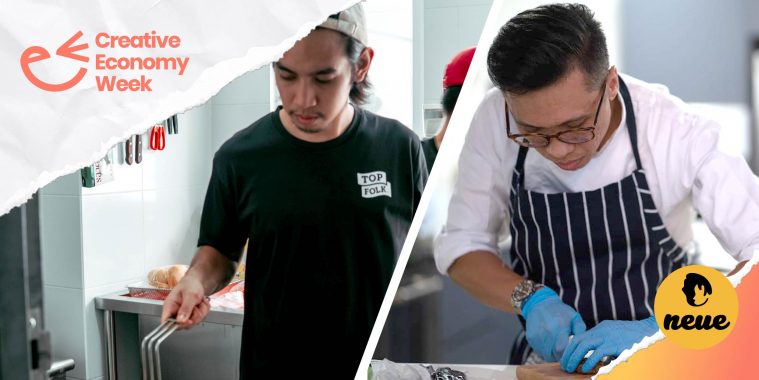 Brunei is well-known for its traditional street food cuisines but in recent years, fine dining has become more popular and more accessible to the general public. Majority of the ingredients used to make dishes from both street food vendors and fine dining establishments are sourced from the same local market and yet, the preparation process, methodology, and final outcome differ.

When it comes to comparing fine dining to street food culinary experiences, there are bound to be a few significant differences; Fine dining is often articulate with their processes and presentations and often reserved for special occasions while street food is often seen as comfort food that is less complicated and readily available whenever you’re hungry.

In this article, we interviewed two known individuals from opposing ends of the spectrum to get their views on the differences and similarities of certain aspects of the Bruneian culinary industry. 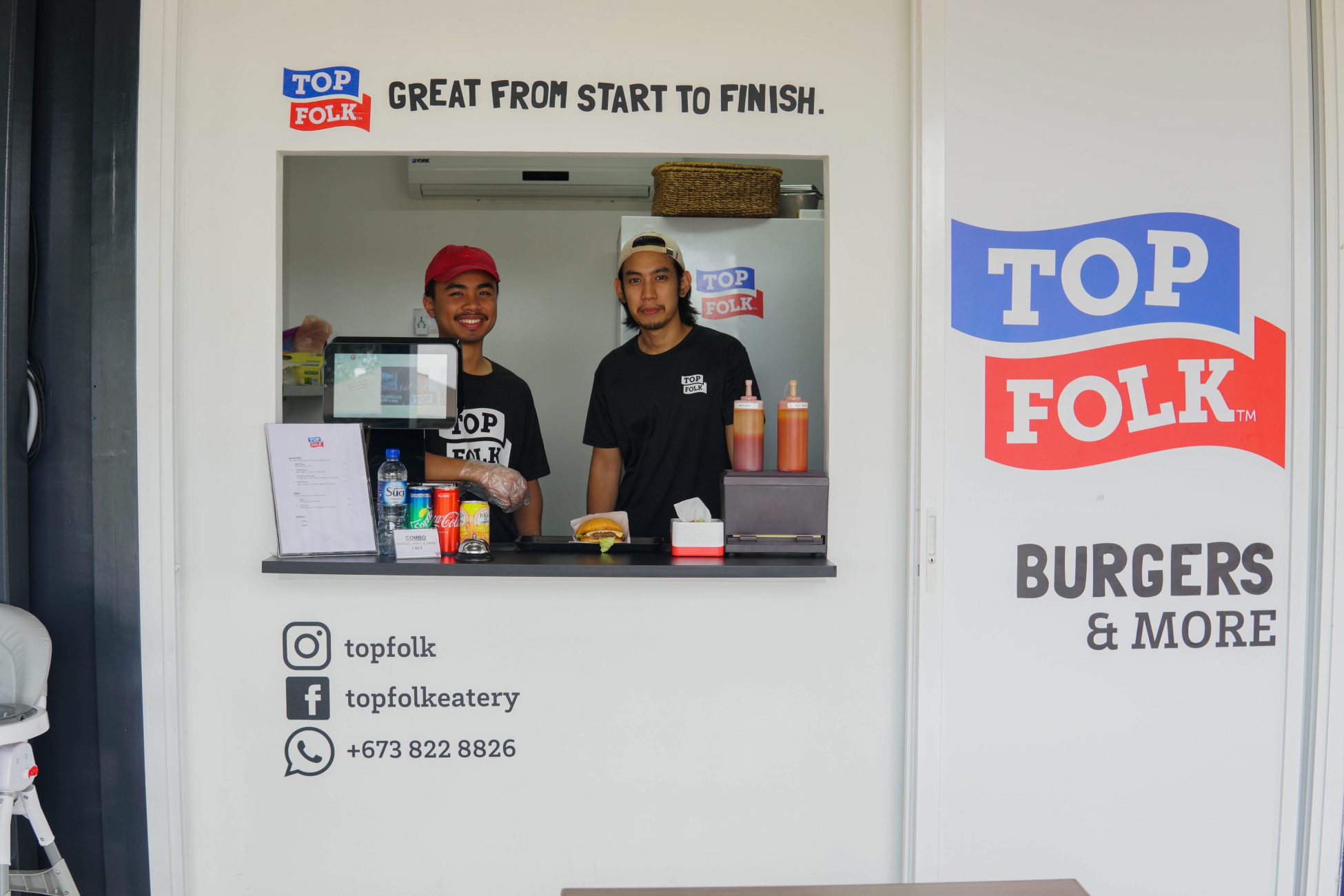 Top Folk is a casual dining establishment founded by Fakhri Ishak in 2015, a former banker who decided to pursue his ambitions of entrepreneurship in the food and beverage industry. He did not receive any formal culinary training but he took food technology during ‘O’ levels in high school. Despite this, the interest would persist as he began to cook out of necessity during his university years, and through recipe books and YouTube, he acquired enough knowledge to open up his own establishment. 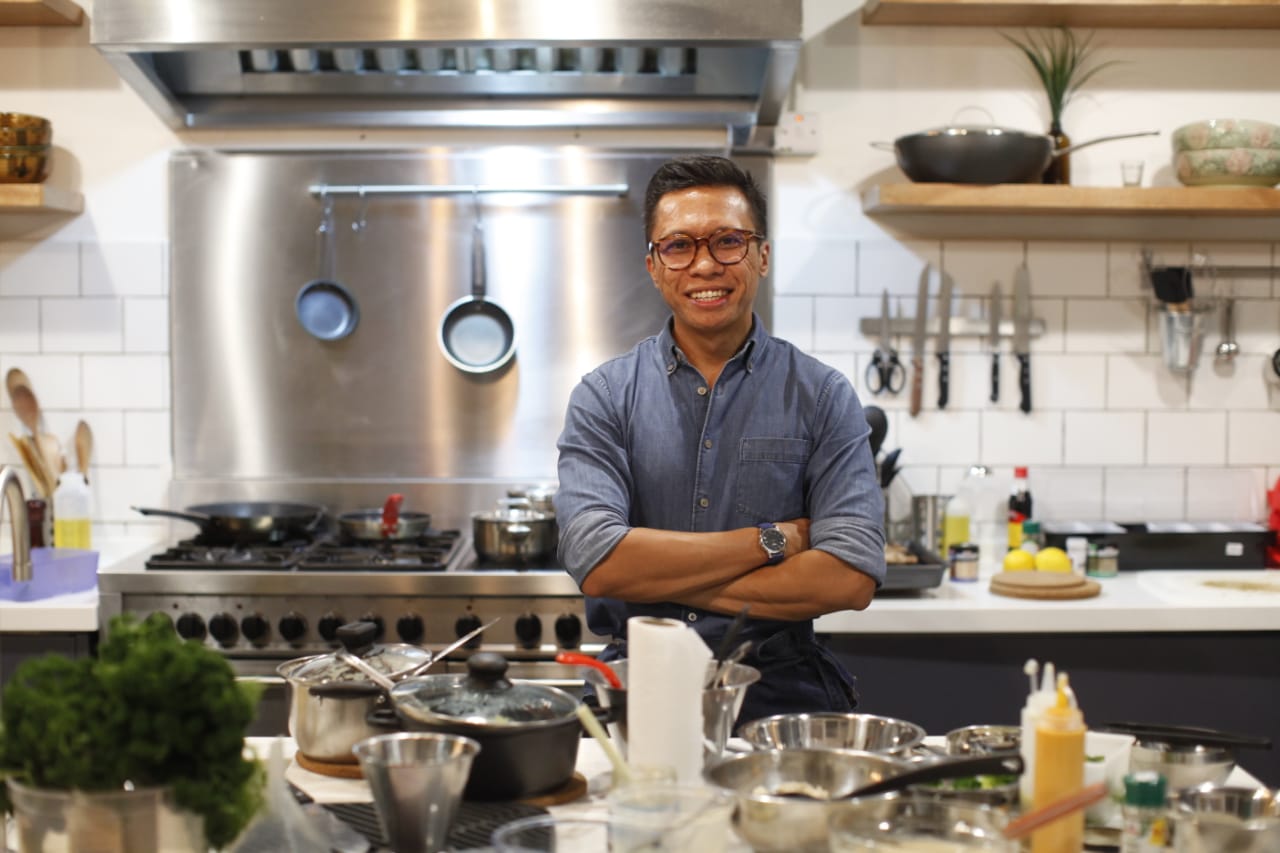 Muris Uhn on the other hand is also a self-taught culinary artist. His talents stem from his background as a wedding photographer and as a result, has a good eye for visual artistry when it comes to food. There’s a strong emphasis on his presentation and plating.  “When it comes to taste, the element of taste is sweet, salty and there’s another aspect to it which is emotion, that’s where the visual comes to play when you see something beautiful, you tend to be curious, what does it taste like?” he states.

Top Folk specializes in burgers but what’s unique about them is that they are deeply rooted in cultural and traditional identity – take, for example the Beribi Burger, it’s a beef burger layered with eggs and corn beef. Initially, Fakhri didn’t want to have anything to do with eggs as he wanted to stay true to the key elements of what makes a burger you would usually find in the west.. However, after an in-house tasting session, he was inspired to bridge the west along with his own Asian heritage. 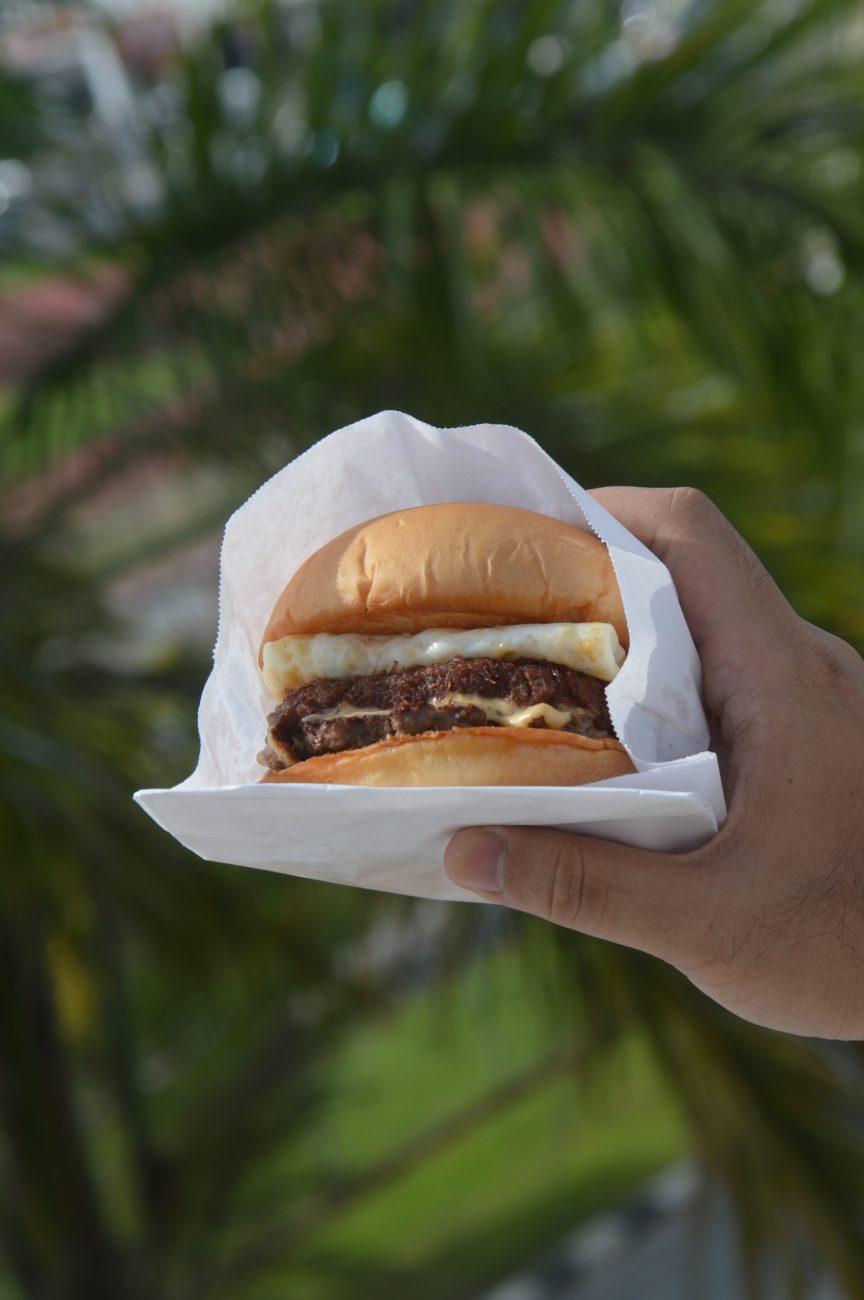 As for Muris, he’s well known for his steaks but what’s interesting is the absence of a menu; instead, he improvises based on what’s available at the markets that day. “Restaurants have a menu, but everything is tailored accordingly, what’s in the market, what they want, what they’re craving,” he said. Muris is always looking to surprise his audience with unique dishes as he described “like a cucumber, we all know how it tastes like, but we want to bring out the taste and bring out the flavour more”.

Top Folk takes speed and quality into account when it comes to their preparations – there is a standard they would like to set and that is fast delivery and high quality.. As they receive their meat directly from the supplier in bulk, the only preparation process required is for them to portion the meat and season it as they cook. This allows for large batches to be cooked at once,  When it comes to developing a recipe, it is carefully thought through to allow the actual cooking of the patty a simple task for everyone the company to master. 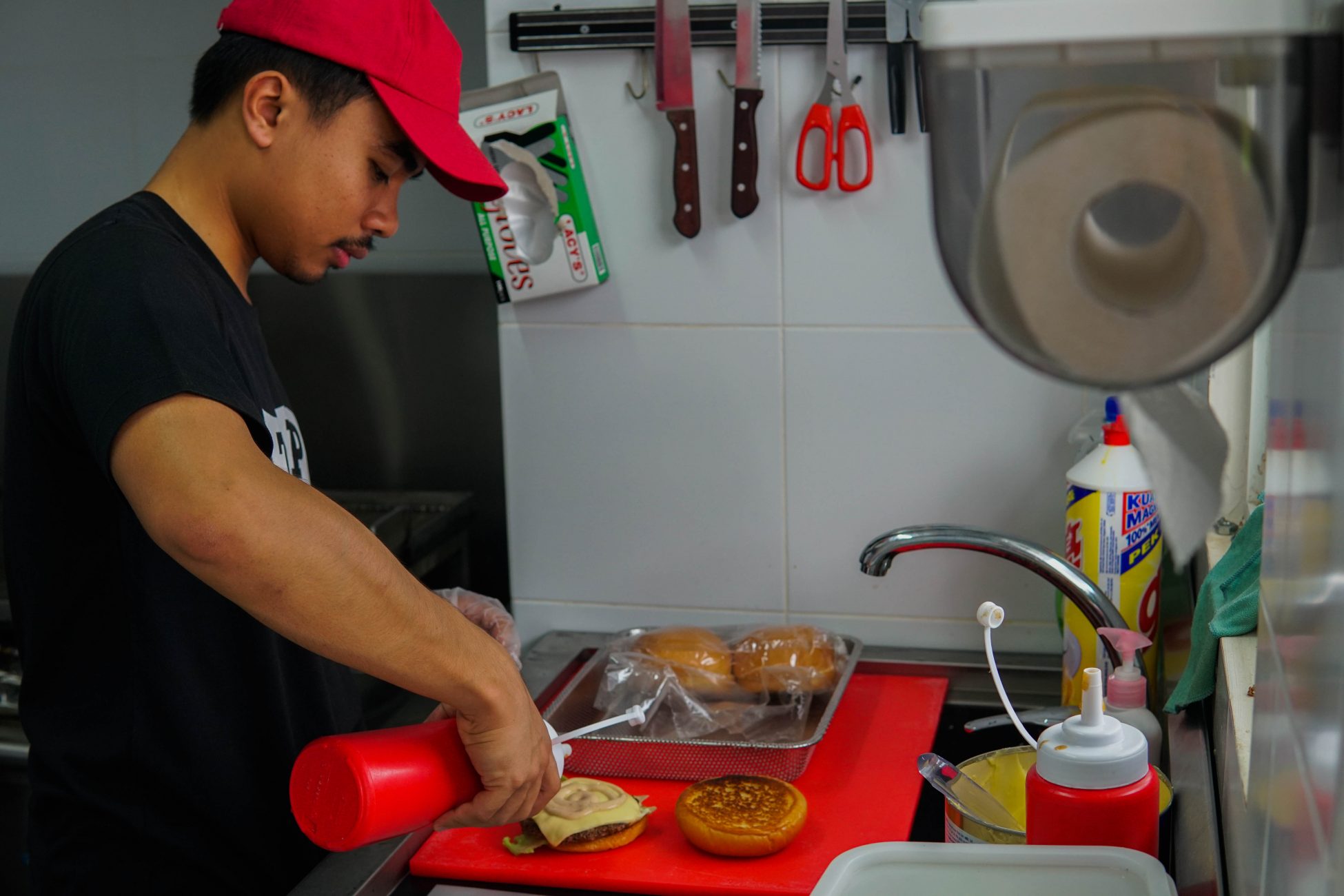 Muris on the other hand, described fine dining as a  methodology similar to working in a laboratory where you adhere to standard procedure. More research is required to understand taste and flavors as  something as simple as something being slightly undercooked can ruin the entire experience. Hence, factors such as temperature, freshness of ingredients and even chronology of dishes play a vital role in providing a satisfactory experience.

When it comes to pricing and portioning, it’s purely mathematics for Top Folk. They calculate the unit price of everything per gram, then markup the price to a figure that would cover labour costs. Each member of the team has the capacity to take on every role and does everything in rotation and therefore there isn’t a large wage gap in the kitchen.

In comparison, Muris’ pricing is more psychological; he takes into account not only ingredients, but also transportation and rent. Creativity, skills and emotions are also part of the cost. Fine dining is more expensive and is often reserved for celebratory events, it’s not simply just another dinner. He explained – “you try to make people happy, but of course you can’t put a number to that.”

Muris elaborated that when it comes to fine dining, what’s important is privacy and intimacy. Even though he works in an open kitchen, it’s not just the food that counts, but service too; “When I do the service, I usually come out and explain the food to the customers. People will appreciate it more and make it worth their money.” 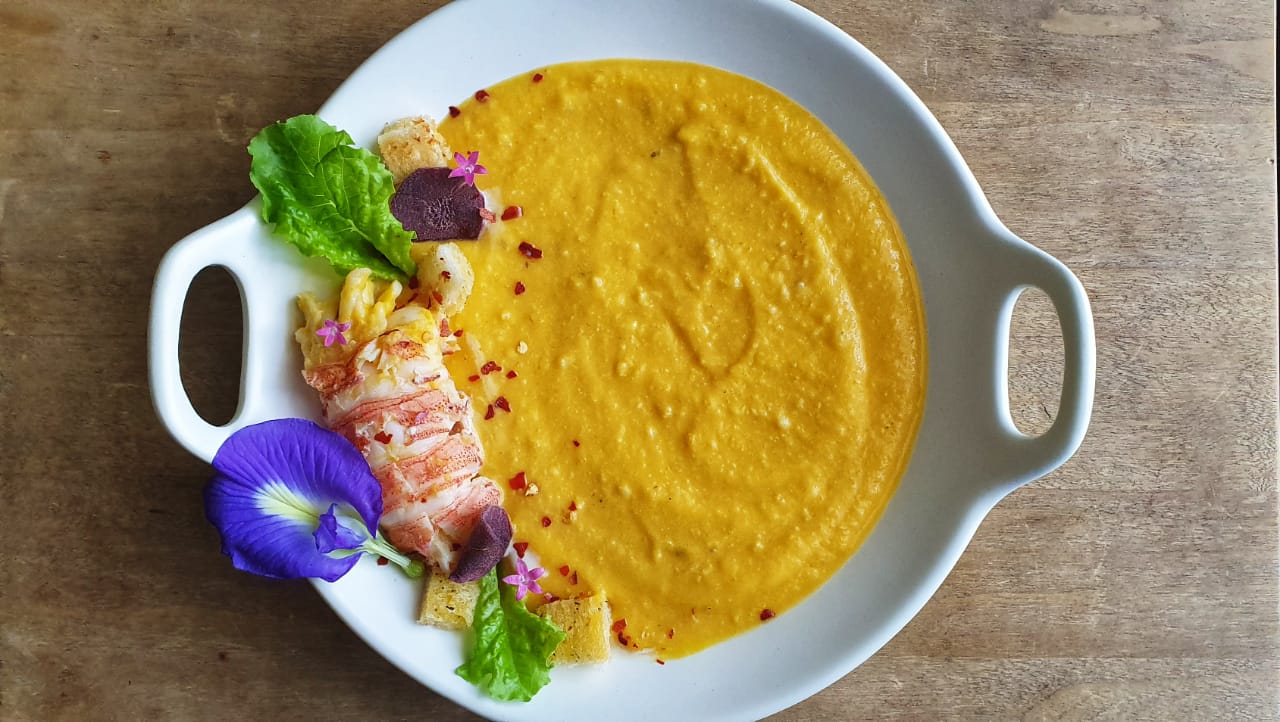 As for portioning, Muris finds this challenging at times. He does not portion his dishes like a regular restaurant would and this is due to the need for his customers’ to consume all the dishes and not return home too full. Balancing out portions of food groups such as carbohydrates and proteins is crucial in preserving the chronology of his courses, from appetizers to desserts, as they determine his customers’ satisfaction.

Both interviewees were asked for their opinion on how the worlds of fine dining and street food have collided over the past couple of years, further blurring the lines  across the  spectrum.

Fakhri stated that’s a testament to how far street food has gone; these chefs who desire to be more expressive in their own ways outside of the confines of the conventional 4 walls of a restaurant . In his own words “Street food is not just something you get because you’re hungry and you wanna eat. Now it’s more of an experience, it’s a pull for tourism as well; people do go out of their way to try these street foods”. In Fakhri’s perspective, street food is now not about what is delivered but how it’s delivered. Fine dining chefs may sell high quality ingredients with beautiful presentations  on the street and it would still be considered street food.

Muris’ standpoint does not differ; “those two worlds need to collide once in a while because I see us as people who are highly curious. We tend to get bored easily, so we need to get that kind of excitement. It happens before and it works, so you need to constantly adapt and create, and play with their palettes. Especially in Brunei, people get bored very easily.” This philosophy can be seen in one of Muris’ dish – he adopted a creative approach to “Cucur Pisang” which he turned into a deconstructed Cucur Pisang a la Muris. 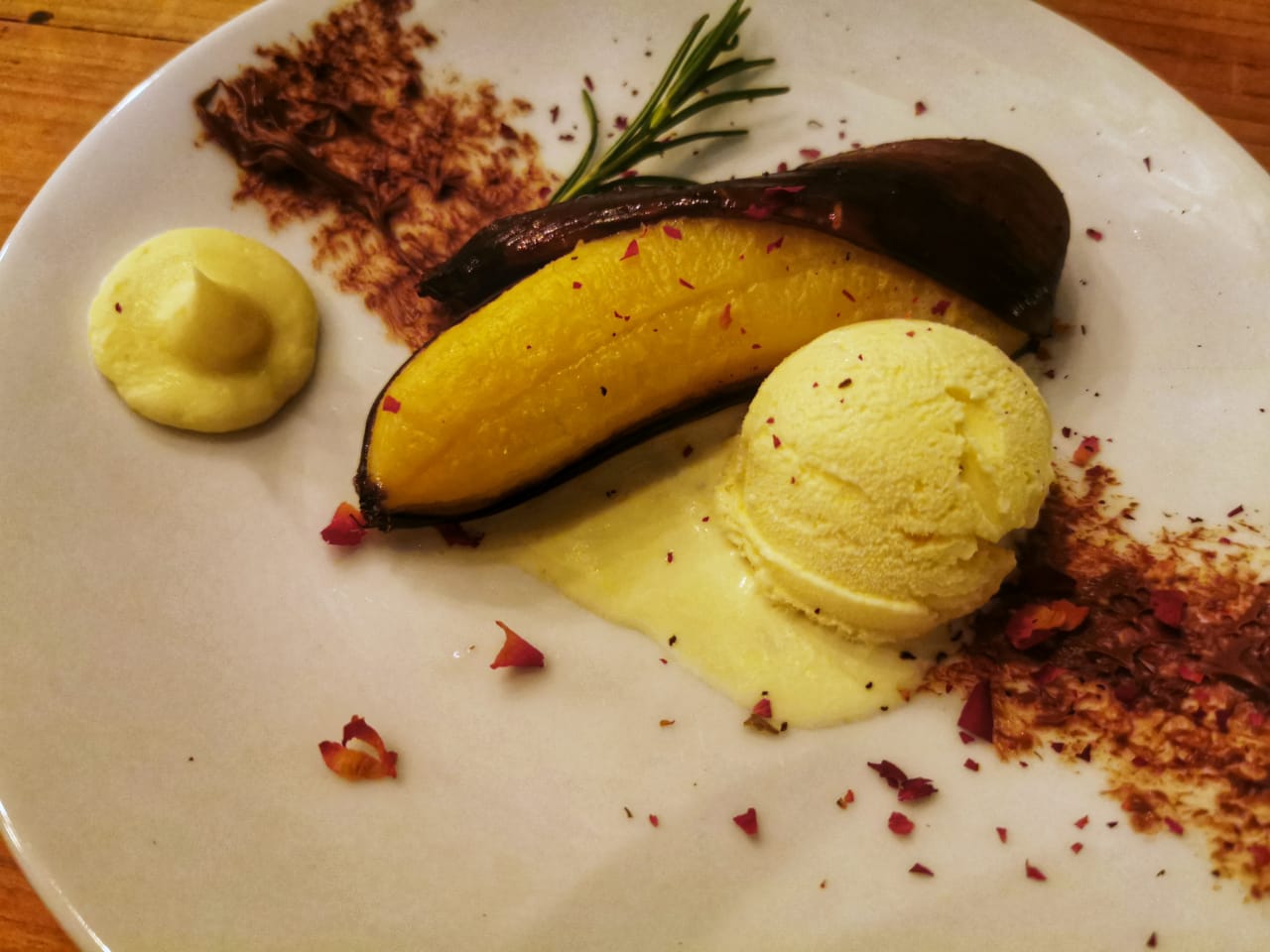 WOULD THE CHEFS BE OPEN TO  SWAPPING PLACES?

When asked if either of them would want to work in the opposing ends of the spectrum. Fakhri responded by saying, “I don’t think so, I like working for myself too much at this point. Maybe owning a fine dining restaurant is something I can consider at a later point in my career.”

In comparison, Muris stated: “Yes, I’d like to venture into that when the time comes.” This is because he himself loves street food due the simplicity and availability.

He added: “I highly respect someone who can do street food because they do hundreds of them on a daily basis and they do everything by heart and intuition.”

Despite the differences,  there are many similarities between the two sectors. What is vital to both is that they don’t see food simply as a consumable product but an art form which is meant to be appreciated through a quality dining experience. It is similar to a theatre performance; to awe the audience through an experience.