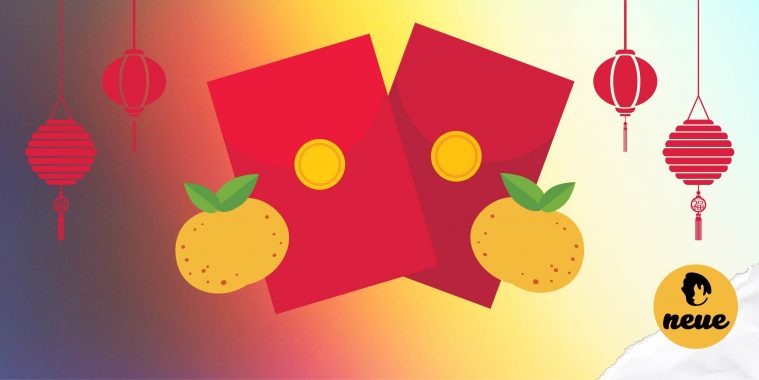 Did you know that there are some rules to follow when giving and receiving red money packets (Ang Paos) during Chinese New Year?

To help you avoid any embarrassment, What’s Neue has put together a list of Do’s & Don’ts to ensure that you breeze through Chinese New Year gaffe-free! Let’s take a look at some of them:

#1. Stick to even numbers

The Chinese believe that good things come in pairs. For that reason, it’s been to avoid giving amounts that are odd numbers (for example, $1 or $3). So anywhere between $2 to $100 would be acceptable. But where possible, it’s best to avoid the number ‘4’.

In this context, it’s best to avoid putting $4 into an ‘Ang Pao’.

In Chinese tradition, new things are always preferred, which is why you would see everyone dressed in their new clothes during Chinese New Year.

So do try your best to avoid putting torn and tattered dollar notes into an ‘Ang Pao’. During this time of the year, banks are usually prepared to issue new dollar notes. However, it’s probably best to go early to beat the long queues.

It’s considered rude to give or receive ‘Ang Pao’ with just one hand. Remember to ALWAYS hold the red money packet with TWO hands when giving and receiving.

When it comes to giving out ‘Ang Paos’, remember to follow the big to small or senior to junior rule. For example, parents to younger children, bosses to employees, married couples to singles.

Fight the urge to open that red packet! It’s considered rude to an ‘Ang Pao’ in front of the giver. And whatever you do, please refrain from saying, “Why so little, ah?”

White envelopes are usually given to bereaved families at funerals. And this is why you should NEVER give white ‘Ang Paos’ for obvious reasons.

Trigger warning: This may anger some people, particularly those who are committed to reducing their impact on the environment.

Comment below if you know of any other Do’s & Dont’s.