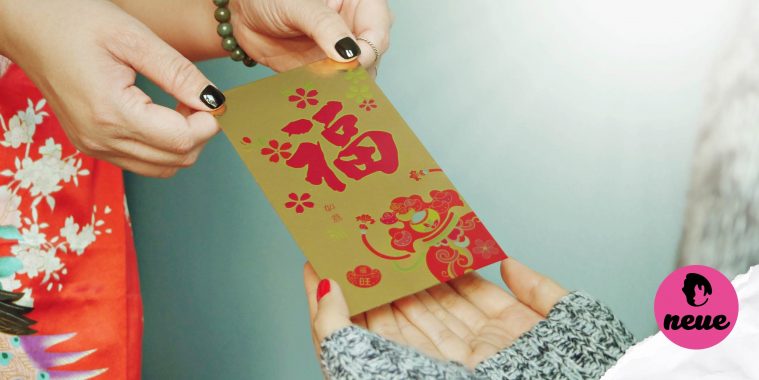 Disclaimer: The rates and tips suggested in this guide are only meant to be a starting point of reference – they’re not hard-and-fast rules. Remember, it’s not the money, but the well-wishes behind the ‘Ang Pao’ that is key!

On February 12, 2021, the Chinese community will be ushering in the Year of the Ox. And we know what you’re thinking: “How much to give, ah?”

‘Ang Paos’ (red money packets) are usually given by elders to younger people or by married people to singles.

We here at What’s Neue have prepared a simple guide on how much money to give during the Year of the Ox (2021).

But before we talk about how much money one should put into these packets, let’s first look at how and when the practice of giving out ‘Ang Pao’ began.

It is widely believed that the practice dates back to the Qin Dynasty (221 BC – 206 BC), where the elderly would thread coins with a red string to gift to the younger generation as ‘Ya Sui Qian’. Back then, ‘Ya Sui Qian’ means “money to ward off evil spirits” and was believed to protect the recipient from sickness and death.

The ‘Ya Sui Qian’ was later replaced by red envelopes when printing presses became more common. It was then that it became known as “money to ward off old age” when the phrase ‘Ya Sui Qian’ is written with the homophone for ‘Sui’ that means “old age” instead of “evil spirits”.

The origin of ‘Ya Sui Qian’ might have its roots in a folk tale involving an evil demon called ‘Sui’. Apparently, it touched children’s heads while they were asleep, causing them to fall deathly ill or lead to their deaths.

‘Sui’ is said to be completely black, except for its hands, which are colourless. It was known to appear every Chinese New Year’s Eve during the night to touch a sleeping child’s head three times, causing the child to fall deathly ill or even resulting in their death.

Parents would stay up all night to watch over their children as the demon continued his bout of terror, until a worried couple decided to pray to their deity to protect their newborn child.

Hearing their prayers, the deity sent eight fairies to aid the small family. The fairies turned themselves into eight coins to trick the demon, which were then wrapped in red paper and placed under the infant’s pillow.

Everyone eventually succumbed to sleep, and that was when ‘Sui’ appeared. Just as it approached the infant’s bed, beams of golden light burst out from the red paper and scared ‘Sui’ away!

The miraculous story soon spread throughout the village, and everyone began wrapping coins in red paper to protect their children from ‘Sui’.

However, as time went by, the ‘Ang Pao’ ceased to become a protector from evil spirits and became a symbol of well-wishes and blessings for children.

“Giving ‘Ang Pao’ is a gesture and not a transaction,” Dr Lim Lee Chin, the Vice-Dean at the School of Human Development & Social Services at the Singapore Institute of Management (SIM) University was quoted as saying in a report.

After much discussion with a number of Chinese families, What’s Neue has come up with an ‘Ang Pao’ rate guide for 2021, based on Brunei (BND) and Singapore Dollars (SGD): 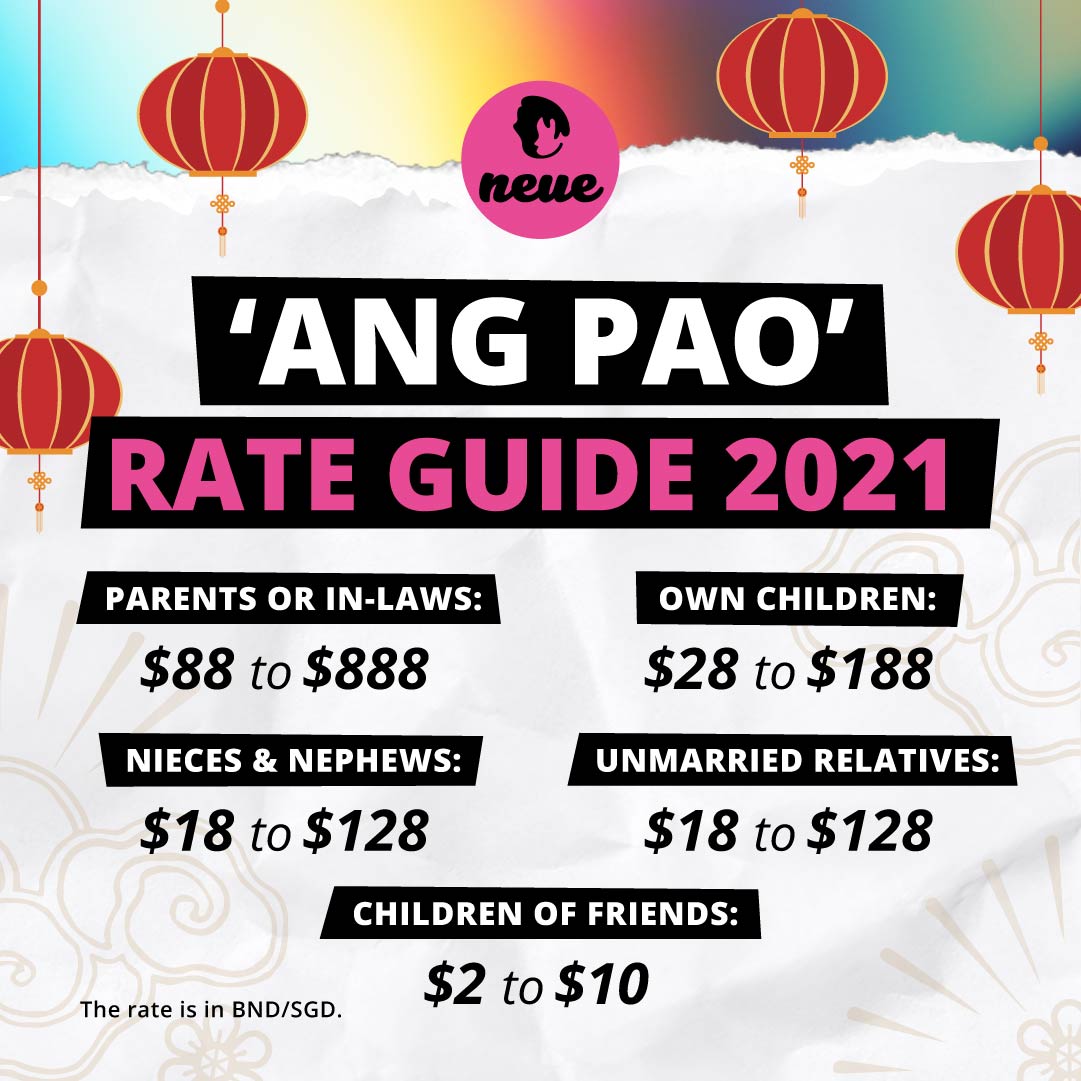 At the end of the day, this is just a rough guide.

Ultimately, it’s totally up to you on how much you are comfortable giving!

On behalf of all of us here at What’s Neue, we would like to wish all our Chinese readers ‘Gong Xi Fa Cai’! Do you agree with this ‘Ang Pao’ guide? Let us know in the comments below.

While you’re here, feel free to check out “Top 10 CNY Taboos You Should Know”. You can also click here to take our quiz to find out what Chinese New Year treat you are.