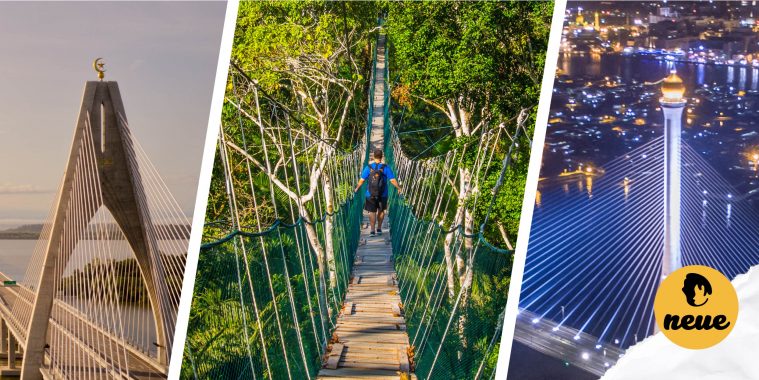 37 things you didn’t know about Brunei

As Brunei Darussalam will be celebrating its 37th National Day on February 23, 2021, we here at What’s Neue have specially curated a list of 37 quick facts about our Abode of Peace.

#1. Did you know that the name Brunei is derived from ‘Baru Nah’ which is loosely translated as “that’s it” or “there”? Brunei was founded by Awang Alak Betatar, later known as Sultan Muhammad Shah, when he moved from Garang in Temburong District to the Brunei River estuary. It was later renamed Barunai in the 14th century, possibly influenced by the Sankrit word “varun”, which means “seafarers”. (Source: Asean Secretariat)

#2. Brunei’s official name is Negara Brunei Darussalam, which translates into English as Brunei, the Abode of Peace.

#4. Brunei is the second smallest nation in Southeast Asia after Singapore (728 square kilometres or 281.1 square miles).

#5. In 2020, Brunei Darussalam opened the new 30-kilometre Temburong Bridge, the longest bridge in Southeast Asia. The bridge links the country’s Brunei-Muara and Temburong districts, enabling commuters to travel across the country without passing through Malaysia. It is the longest bridge in Southeast Asia followed by Malaysia’s 24-kilometre Second Penang Bridge. 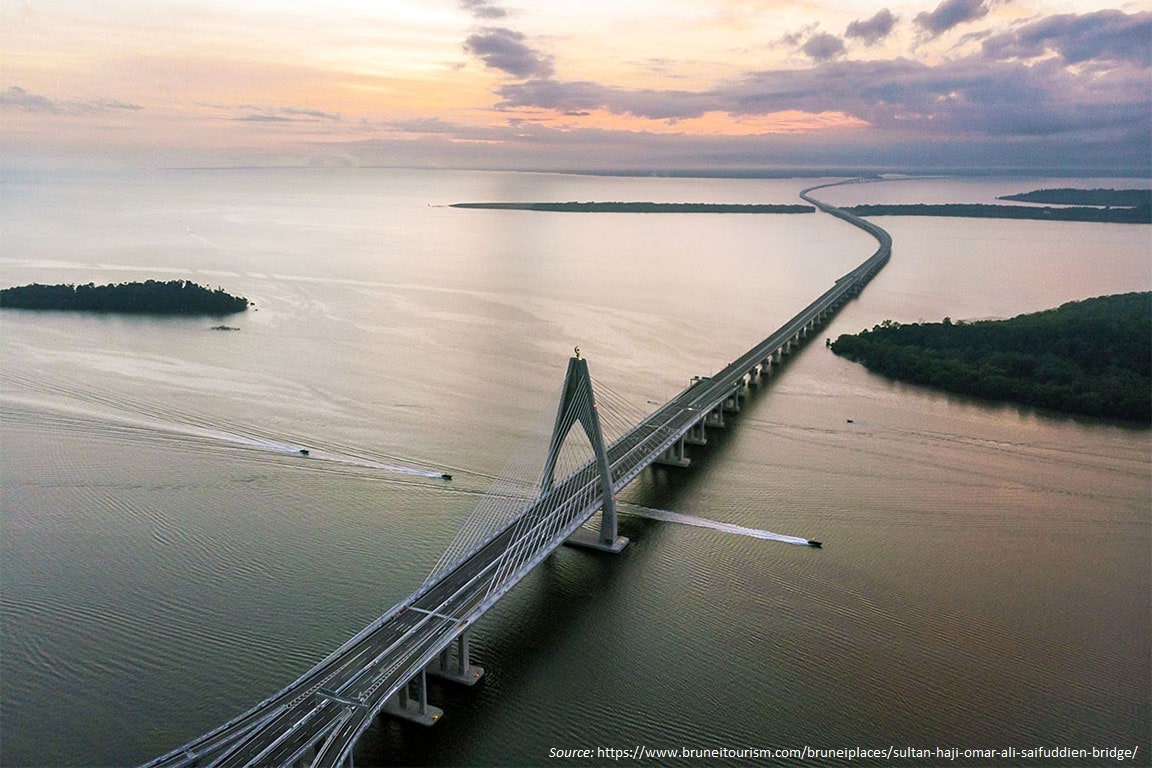 #6. From the 14th to the 16th centuries, Brunei Darussalam was the seat of a powerful Sultanate extending over Sabah, Sarawak and the lower Philippines. Thus, the current Sultan represents one of the oldest continuously ruling dynasties in the world.

#7. In 1967, our capital was renamed from Bandar Brunei to Bandar Seri Begawan. The date was chosen as it was also the date Al-Marhum Sultan Haji Omar Ali Saifuddien abdicated the throne on 4th October that year. Al-Marhum took the title ‘Seri Begawan Sultan’ when he abdicated.

A post shared by Brunei Heritage by Rozan Yunos (@bruneiheritage.by.rozanyunos)

#8. HSBC was the first bank set up here in Brunei soon after the war in 1947. However, it wasn’t until June 1974 that HSBC moved to its new headquarters at the corner of Jalan Sultan and Jalan Pemancha.

#9. The discovery of coal was what made Brunei a place of interest to many European countries. And that’s why Brunei had an agreement with the Americans in the 1850s.

#10. Did you know that a few streets in Bandar Seri Begawan were named after the British Residents and officers in memory of their contributions to the country? For instance, Jalan McArthur was named after Malcolm Stewart Hannibal McArthur, who was the first British Resident in Brunei (1906-1908). 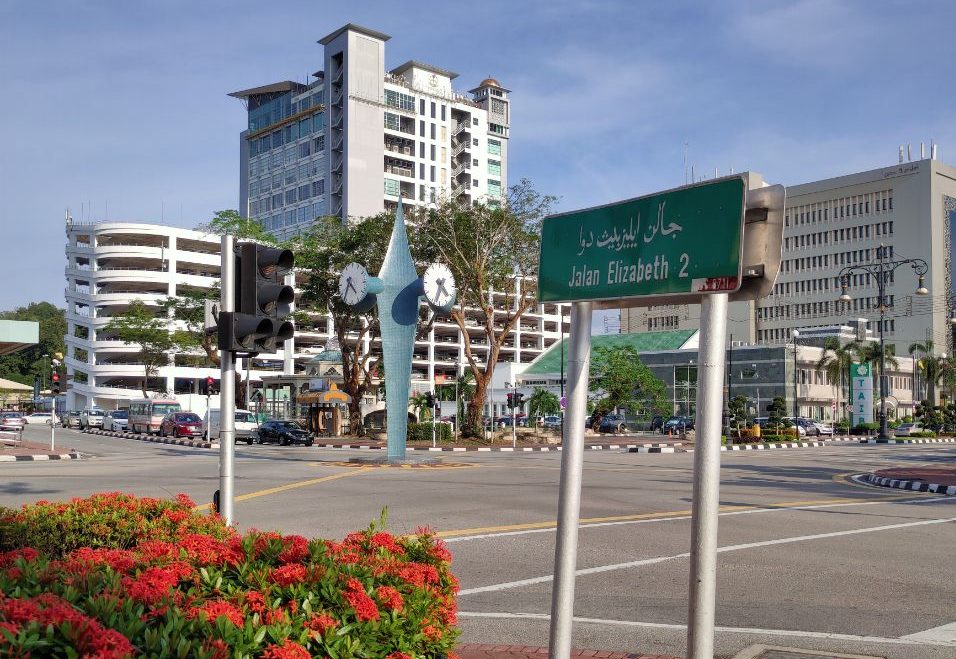 #11. There is a road in Brunei’s capital that’s named after Her Majesty Queen Elizabeth II to commemorate Her Majesty’s visit to Brunei in 1972. To be exact, it was at 9.30am on February 29, 1972 that HMY Britannia berthed alongside the new Muara Port. 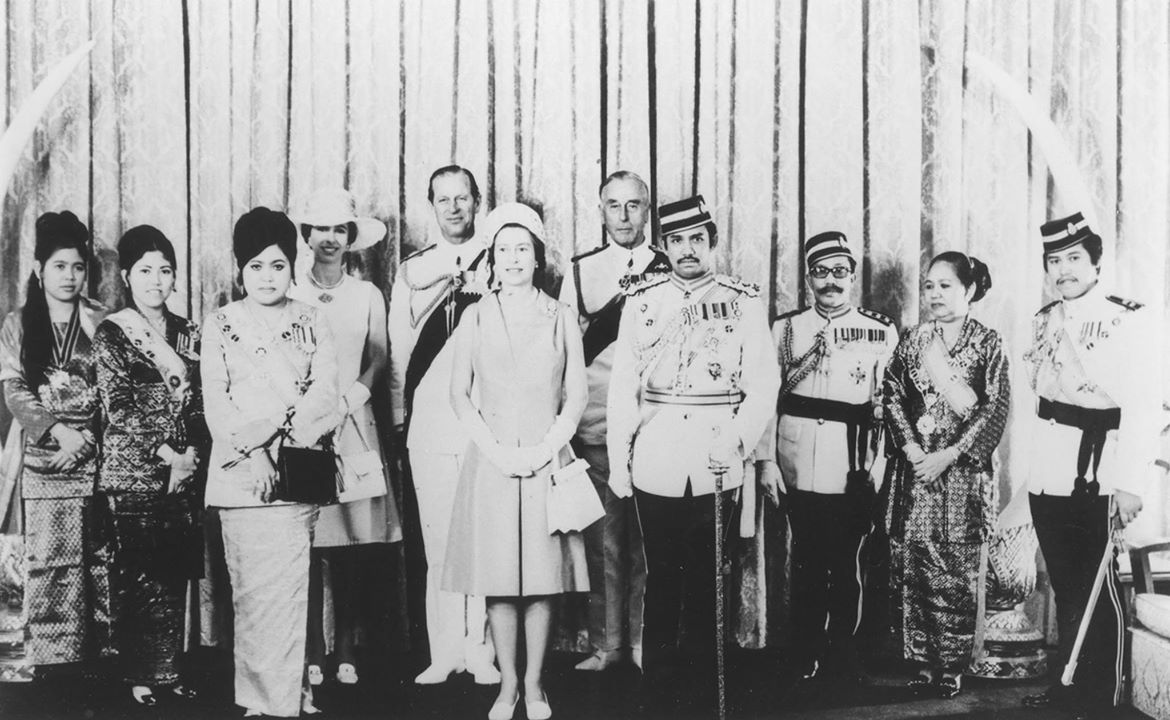 His Majesty the Sultan and Yang Di-Pertuan of Brunei Darussalam with Her Majesty Queen Elizabeth and other members of the Royal Family in Brunei, 1972: (Photo: Infofoto)

#12. Did you know that the shape of the former Secretariat Building in Brunei’s capital is the letter “E”? Why the letter E, you ask? Yeap, you guessed correctly. It stands for Queen Elizabeth! Click here to learn more about “Neue Routes: Bandar Historical Walk”.

#13. Bukit Pagon is the highest point in Brunei. It is situated on the border with Malaysia on the island of Borneo. Bukit Pagon is located in the Temburong District of Brunei. 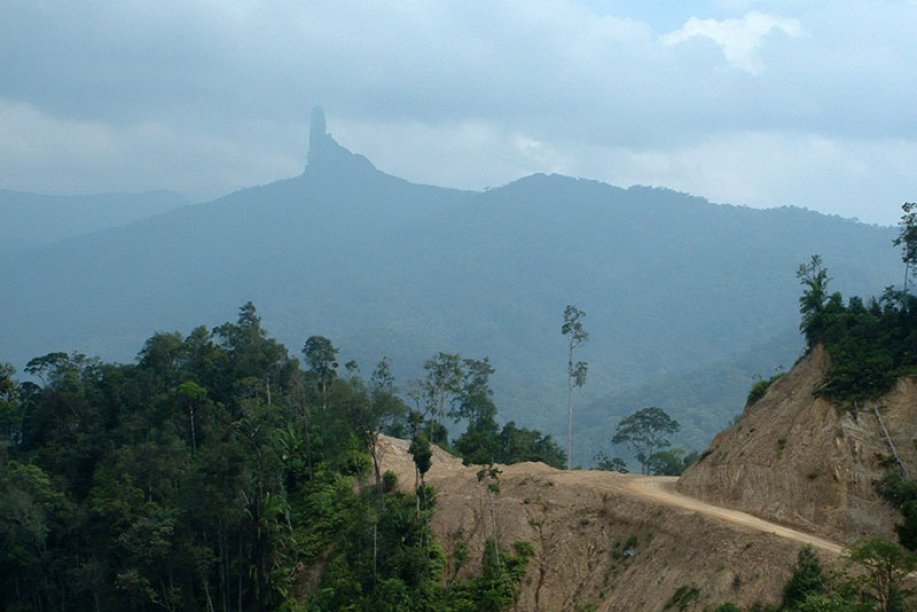 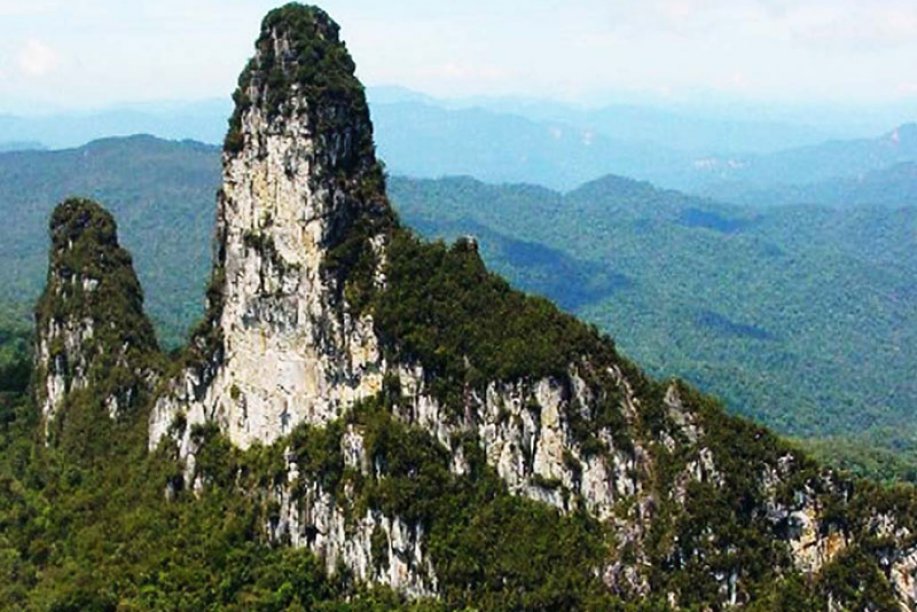 #14. The world’s largest residential palace is Istana Nurul Iman covering an area of 200,000 square metres (2,152,782 square feet). It is the official home of His Majesty the Sultan and Yang Di-Pertuan of Brunei Darussalam and also the seat of the Brunei Government. (Source: Guinness World Record) 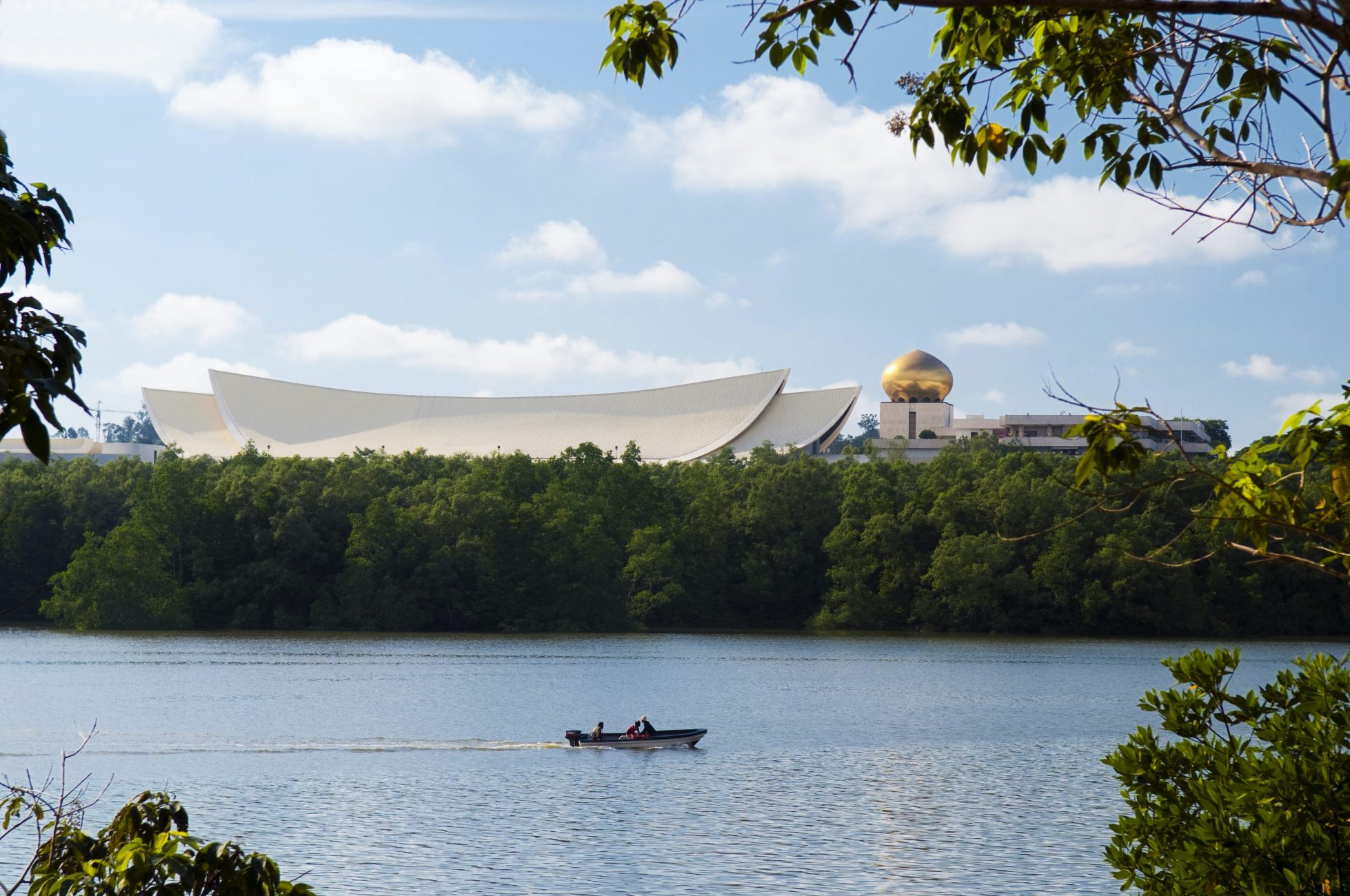 #15. The Malay Islamic Monarchy (MIB) incorporates the national philosophy of Brunei Darussalam. It represents Brunei Darussalam as a Malay nation according to the Islamic faith with a king, who is the Sultan and supreme ruler of the nation. (Source: Majlis Tertinggi Melayu Islam Beraja)

#16. Islam is the official religion of Brunei Darussalam as stated in the Brunei Constitution.

#17. Citizens in Brunei receive free education and medical services from the government.

#19. Brunei Darussalam continues to “exhibit extremely high levels of car ownership, use and dependency”, according to the Ministry of Communication’s Land Transport Master Plan 2014 (LTMP). The document puts the total number of vehicles registered in the country at 148,000, which equates to one vehicle being registered for every 2.8 Bruneians. (Source: Oxford Business Group)

#20. Brunei achieved independence in 1984, having been a British protectorate since 1888.

#22. In 2013, Brunei Darussalam officially banned the catch and landing of all shark species from the waters of Brunei Darussalam and their sales in the domestic market as well as a ban on the importation and trade of shark products. (Source: UBD)

#23. Did you know that “Gema Dari Menara” (Echo from Menara) was the first and only movie ever produced by our local production? The making of it was sponsored by Brunei’s Religious Affairs Department, now known as the Ministry of Religious Affairs. (Source: Bruneiresources.blogspot.com) 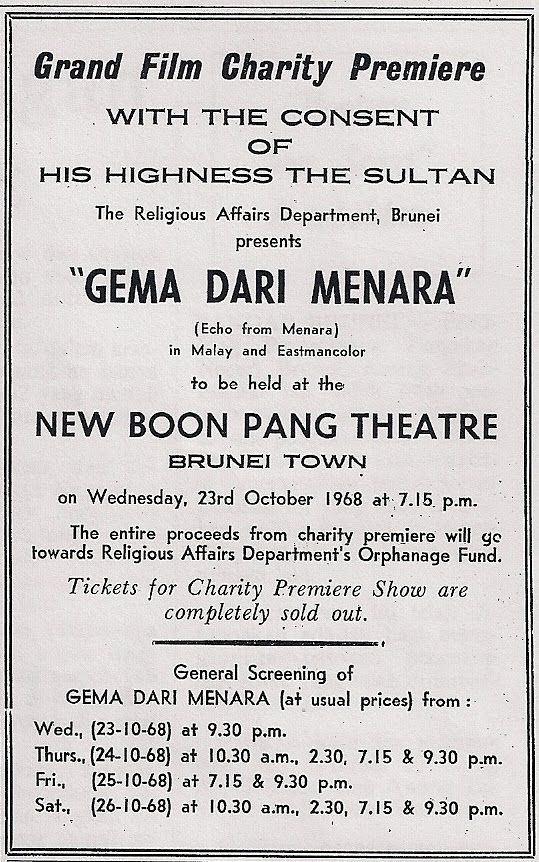 An advert that appeared on the Borneo Bulletin (October 19, 1968) promoting the movie (Source: National Archives of Brunei Darussalam)

#24. With an adult literacy rate of 94%, Brunei has one of the most highly educated populations in the world that is seen as an increasingly valuable resource.

#25. Kampong Ayer, in the heart of Brunei’s capital city of Bandar Seri Begawan, is the world’s largest settlement on stilts. Literally translated as “Water Village” in Malay, Kampong Ayer is a cluster of around 40 small villages connected by a 38-kilometre (23-mile) boardwalk. It dates back more than 600 years.

#27. You can find a GIANT tea-pot in the middle of a roundabout in Belait District. It’s one of Kuala Belait’s most iconic landmarks. The teapot represents the Sultan pouring his love out evenly to his people in all four districts of Brunei –  Belait, Tutong, Brunei-Muara and Temburong. Click here to read more about it in our past article – “Neue Routes: A Foodie’s KB Tour”. 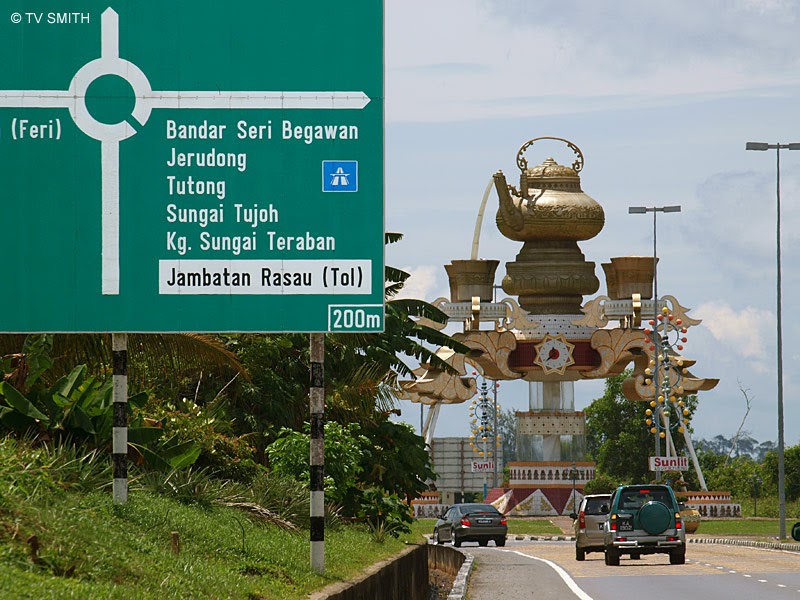 #28. Seria is known as the oil town of Brunei due the first discovery of oil in the area in 1929. Did you know that the name ‘SERIA’ is an acronym for South East Reserved Industrial Area?

#29. In Seria, you can find the Billionth Barrel Monument commemorating the billionth barrel of crude oil produced at the Seria field. It was commissioned by the Brunei Shell Petroleum Company in 1991. The monument was erected close to the site of the first well discovered in Brunei in 1929. 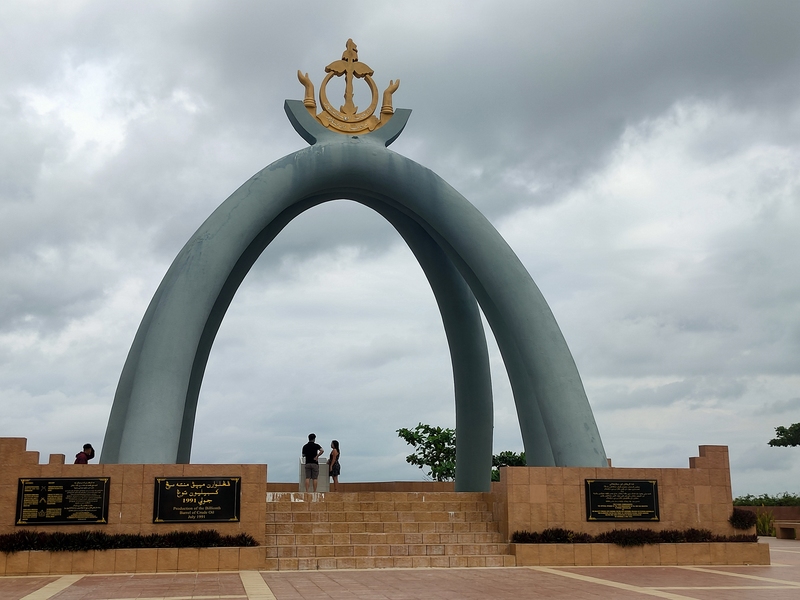 #30. The national dish is ambuyat, gruel made from the inside of the sago palm tree trunk. It is served with meat and vegetables.

#31. You may have noticed that people in Brunei would point with their thumbs. That’s because in Brunei, it’s considered impolite using the index finger.

#32. Brunei Darussalam is richly endowed with cultural heritage steadfastly maintained until today. The setting up of the Arts and Handicraft Centre in 1975 is a living testimony as to the preservation and the proliferation of the arts and crafts of the bygone days which Brunei was renown for such as boat making, silver-smithing, bronze tooling, cloth weaving as well as mat and basket weaving.

#33. The national flower is yellow in colour and is known as ‘Bunga Simpur’. 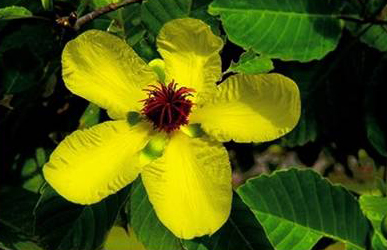 #34. The rainforests are home to some of the world’s rarest wildlife species. Although only a small country, Brunei has managed to conserve 70% of its rainforests despite the pressures of development. These forests are home to some of the most threatened species of flora and fauna.  Some of the country’s most notable wildlife species include the Sunda Clouded Leopard, Proboscis Monkey, Hornbills, Flying Lizards, Saltwater Crocodiles, etc. (Source: OnHisOwnTrip)

#36. In July 1996, Michael Jackson performed live at Jerudong Park during the “Royal Concert” to mark the 50th birthday celebration of His Majesty the Sultan and Yang Di-Pertuan of Brunei Darussalam. According to the Associated Press, it was the first concert Jackson had ever performed where the fans didn’t pay to get in. 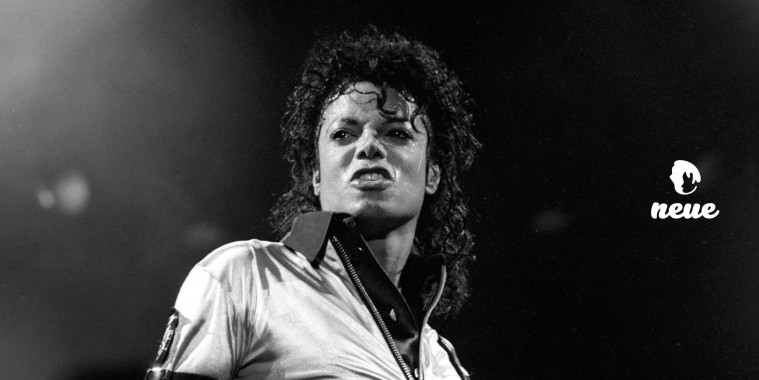 Click on the photo to check out a What’s Neue article that was written in 2019 – “Michael Jackson In Brunei – But For How Much Longer?”

#37. Brunei was one of few countries to get ahead of the COVID-19 pandemic. The country had its first case in March 2020. Brunei’s Ministry of Health implemented strict regulations to control the spread of disease. Click here to learn more about how Brunei beat COVID-19.