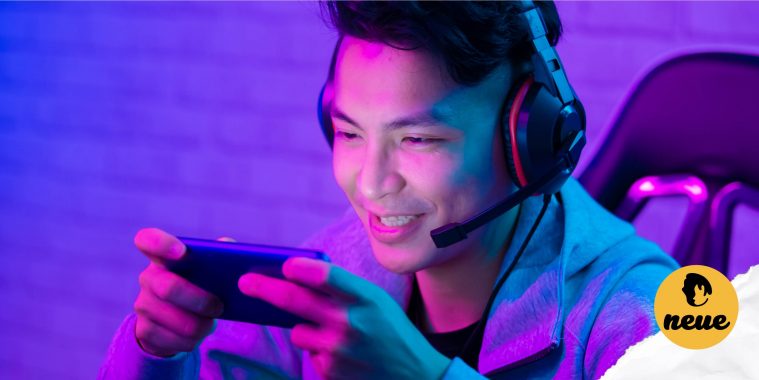 How to earn money gaming?

Back in the day, the perception of playing video games used to be negative as gamers were considered loners who are consumed by their games. However, video games have become an increasingly ubiquitous part of society due to the proliferation and use of mobile devices.

In the last decade, esports has exploded in popularity, as evidenced by Riot Games’ League of Legends Championship Series establishing itself as the third most popular sport in the United States amongst 18-34 year olds, only behind the National Football League and the National Basketball Association.

The 2019 Fortnite World Cup showed an entire generation (and perhaps more importantly, their parents) that there is serious money in competitive video gaming when then 16-year-old Kyle ‘Bugha’ Giersdorf won US$3 million in front of a packed stadium.

And did you know that esports is expected to be the “leading driver of growth” in the games industry in Southeast Asia. According to global market research company Niko Partners, 95% of gamers in the region play esports on personal computers.

This week, we here at What’s Neue will be taking a closer look at how gamers (such as yourselves) can earn money with video games. 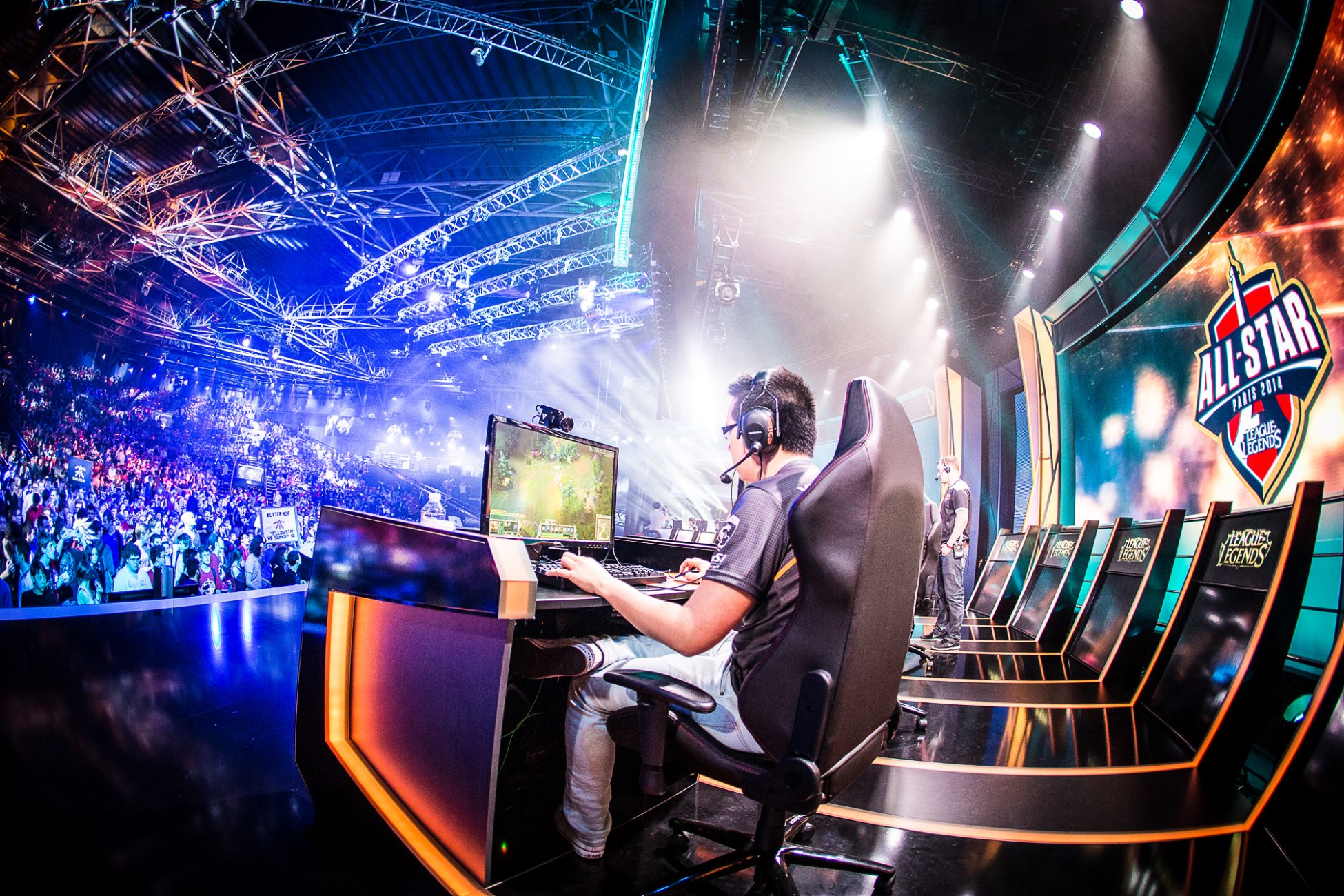 One of the celebrated ways to earn money through gaming is to participate in professional eSports games. However, you need to make sure you are pro enough to play. (No noobs please!)

So why don’t you try playing a game that you’re already good at, and become an expert? And from there, build your reputation as both a skilled player and team player.

Make your presence known! After all, you never know when an opportunity will come knocking on your door. (Did you know that there are scouts and communities on the Internet tasked with finding the best, untapped players?)

“I wouldn’t say tournaments are a long-term solution (for gamers) to secure themselves financially as they can only come once in every three to four months,” @sugoi.bn said in a DM sent to What’s Neue.

One of the other ways for gamers to actually make money if there are no tournaments is to dedicate themselves by streaming on platforms (Twitch, Facebook Gaming, YouTube, etc).

“While they have won a couple of esports tournaments, they can actually invest their earnings by buying equipment suitable for streaming, such as building a custom PC, buying a microphone for interaction with the people on chat, and a webcam,” said the civil servant who requested to be identified only by his alias  ‘AiZooDeen’.

According to him, some players are actually able to make money just by streaming, especially when they are affiliated or partnered with their respected streaming platforms, which enable a donation pool so people who followed their channel can actually make a donation if they are willing to.

Sensei Ryuu, a Brunei esport shoutcaster, meanwhile told What’s Neue that one name that comes to mind whenever people talk about Brunei gamers “making money” is Haji Kakap (pictured below), who’s got over 100K followers on Facebook.

And then there’s @wizzking who’s now living in Indonesia. According to Sensei Ryuu, who’s an Esports Association of Brunei executive for mobile phone games, it’s believed that RRQ WizzKing makes about thousands of dollars per month (some say 10K!!!) just by streaming via Nimo TV, an Indonesian streaming app.

*Warning: This could result in your account being banned. Click here to learn more in this article – “Epic has a stern warning about buying and selling Fortnite accounts”.

Farming for the sake of selling them is also another way to earn money by playing video games. The idea is that you create an account and go up the ranks, acquiring items and other valuable goods in-game. Then, after you reach a certain stage, you can sell the account to people who don’t have the time to spend on levelling up their characters but still want to play the game.

You might be surprised to learn that there’s a growing market for game coaches. Well, you don’t have to be super skilled at playing games to become a coach. Well, it’s not about the coach’s skills that help the player. It’s their ability to observe that drives improvement. A coach has a keen ability to observe a player’s skills. That’s what a good coach does. You can learn to observe players who are looking to improve their game, point out areas that need improvement, and then devise methods and drills to improve their game playing. (Being paid to shout at people? Sounds like easy money!)

Hawaii, the General Secretary of Esports Association of Brunei, pointed out that the most common revenue streams are prize money, streaming partnership with platforms, salaries with professional esports clubs and endorsement deals.

“These are just some of the most common ways that a gamer or esports player can earn money to sustain his/her career,” said Hawaii, who has personally invested his own money into a club or team to help develop players.

Video games can get a bad rep sometimes, but it ain’t all bad! Eqbal aka Mr Here’s The Thing tells us why it can also be good for you. Gamers, we gotchu.

At the end of the day, there are many ways to “make money”, but it all comes down to how passionate you are about your gaming hobby.

“It sounds cliché, but when you’re genuinely passionate about something, you will always find ways to make it work and innovate, sometimes unexpectedly, even under dire circumstances such as this ongoing pandemic,” said Wan Sidiq, the owner of Brunei’s retrogaming store ‘Geeks & Things’ @geeksnthings.

“For nearly a decade, Geeks & Things operated on the simple idea of ‘re-uniting gamers with old friends’. That tagline serves as a constant reminder of what we are here to do first – giving old school gamers the chance to relive their classic games the way they remember it. The tagline also has a second purpose, mainly as a challenge on how we can deliver on that promise. While money-making is an important aspect in any business, without this underlying purpose of first establishing customer trust with our fellow retro gamers, we wouldn’t have lasted this long,” he said.

“So whether you are in retail, a budding game developer, content creator or just starting up on esports, once you’ve identified what you’re really good at and researched how to capitalise for example getting sponsorships, selling your games digitally via Steam or using your expertise to train those new to esports, you can turn your gaming hobby into a dream job.”

According to him, it all boils down to how much you truly believe in your product/skills and how you can deliver a quality end product to your target audience. “If it’s only a passing interest, then you’re only setting up for total failure,” he said.

We’d love to hear your thoughts about this article. Is there anything you’d like to add? Leave a comment below.