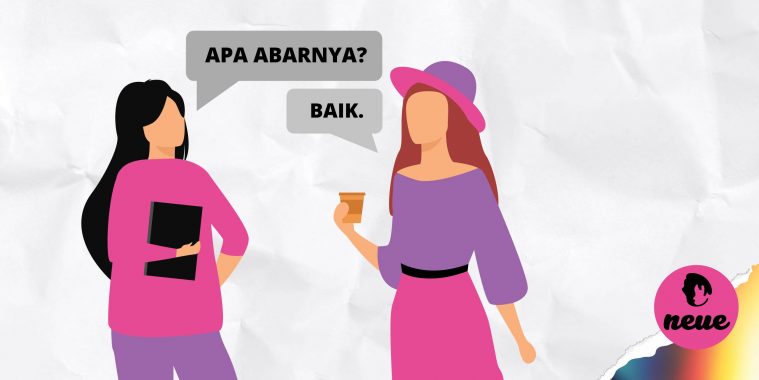 5 Ways To Say Hello In Brunei

Hi. Two letters. One word. This simple greeting has the power to brighten anyone’s day. And if you are visiting Brunei for the very first time, knowing how to say hello will make it easier for you to break the ice with locals.

Did you know there’s more than one way to say hello in Brunei? Perhaps it’ll be a good refresher for some of you too. You know who you are! *winks*

There are the 5 most basic ways of initiating a conversation with fellow Bruneians.

#1. In a respectful manner

Note: This is usually said from one Muslim to another.

Saying ‘assalamualaikum’ to greet the locals is not only respectful but also very meaningful.

‘Assalamualaikum’ is a greeting in Arabic that means ‘peace be upon you’.

The response to this would be ‘mualaikumsalam’, which means ‘peace also be with you’ in the Arabic language.

Alternatively, you may utter the word ‘salam’.

#2. Greetings at different times of the day

In the mornings, you would say ‘selamat pagi’ (good morning).

In the afternoons, you would say ‘selamat petang’ (good afternoon).

In the evenings, you would say ‘selamat malam’ (good evening).

*Note: The younger generation rarely uses this in their conversation.

In Bahasa Melayu (Malay Language), ‘apa abarnya’ means ‘how are you?’

‘Apa’ is a question word in Malay, which translates to what.

‘Apa khabar’ is used in formal settings, while ‘apa abarnya’ would usually be used informally.

Both greetings are used pretty much everywhere and anywhere you go.

Food unites people of all backgrounds and cultures. That said, we here at What’s Neue just had to include this greeting in our list: Makan sudah? (Have you eaten?)

This is a common greeting that’s equivalent to “how are you?” (see point #3)

“Apa ada?” … if you’re able to pull this off flawlessly, give yourself a pat on the back! You’ll be instantly welcomed and considered as one of the locals. This is the equivalent of saying “what’s up?”

How would you say hello?

We here at What’s Neue are confident that you’ll be making new friends around Brunei in no time if you use any of these simple greetings!

The people of Brunei are a friendly lot and while Malay is the official language in Brunei, take comfort knowing that English is also widely spoken by a majority of the population in the Sultanate.

Drop a comment below or reach out to us on social media to tell us how you would greet others in your own dialect or country.

Until next time, jumpa lagi! (See ya next time!)