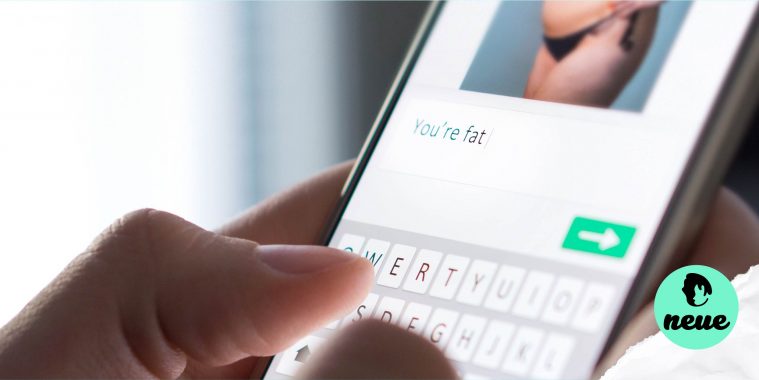 Cyberbullying And What You Can Do To Prevent it

Young people are vulnerable to cyberbullying due to an increased amount of time online, with e-learning and social media as a result of the COVID-19 pandemic, according to a report by the United Nations Educational, Scientific and Cultural Organisation (UNESCO).

Cyberbullying is bullying with the use of digital technologies which often happen in the social media platform, online game platform or even emails. It is a behaviour, aimed at scaring, angering or shaming the victim. It is damaging emotionally, financially, and in the worst cases physically.

In November 2020, an anti-bullying campaign called “Stop the B” was launched by two sisters, Vasundhara and Riddhi Oswal, aged 22 and 16.

After experiencing bullying and cyberbullying first-hand, and the traumatic experience of secondary victimisation by her school, Riddhi chose to turn this experience into a force for good.

The campaign has chosen not only to speak to those who bully or those who are being bullied but also the wider generation who may be bystanders to bullying without realising.

Instead, it provides ways for young people to intervene and become ‘active bystanders’ instead. Academic reports show that by intervening immediately active bystanders can stop more than 57% of the bullying within just 10 seconds.

The “Stop The B” campaign is supported by international academic experts in anti-bullying, whose data and insights ensure the campaign is rooted in credible scientific evidence.

Reports by renowned academics and the campaign’s supporters, including Dr Sameer Hinduja, Dr Zoe Moody and Dr Catherine Blaya explain how bystanders can also be negatively impacted when witnessing bullying. It seeks to prove that by taking a stand, they can help to stop the incident.

The campaign is being supported across social media by influencers and high-profile celebrities, including former international football star, Ronaldinho.

Remember, whenever you see bullying but don’t do anything, you are really doing something … you are further hurting the victim.

A youth in her 20s, who requested to be identified as ‘Angela’ (*not her real name), said: “As someone who was bullied in school for years, I can tell you that it’s hard for victims to voice out for help, especially when their bullies are capable of manipulating the situation.”

According to her, bullying is a childish act of showing dominance and superiority in whatever form it may be.

“Bullies come in all shapes and sizes,” she said, adding that even those who are intelligent and quiet may be bullies themselves.

“I admit that I was somewhat of an ‘oddball’ in my younger years. I couldn’t fit in with everyone. You had all sorts of cliques in school – smart students, popular students and even jocks. I would imagine that there were more social circles, but I just didn’t fit in.

“And so, to survive, I had to follow certain social trends just to have ‘friends’. I was often bossed around by these people. I was bullied both mentally and emotionally.”

Angela told What’s Neue that she even had teachers who would tell her that she “needed help”.

“My teachers would often tell my parents this at parent-teacher meetings. And as expected, I got quite an earful when I got home. I was not given the chance to explain my side of the story – where I was, in fact, being badly bullied in school,” she said.

When asked what her hope was for the youths of today, Angela said: “I pray for a better and more compassionate environment for them to grow up in. After all, our students are the next leaders of the world.”

So what can you do?

Don’t feed the fires by also being a bully yourself. If you come across something negative about anyone, think twice before rubbing salt in anyone’s wounds and refrain from commenting or hitting that share button.

Give yourself a minute before you post something online and ask yourself this question: “Will this hurt someone?” If the answer is yes, DON’T DO IT!

Bystanders can take positive actions to prevent bullying and to address it while it is happening or after it occurs. Parents, teachers, and other caring adults can recommend safe ways that bystanders can prevent, intervene, or address bullying.

Bystander interventions during a bullying incident may include:

Bystanders can address bullying after it happens by:

Where to get help?

Here’s what you can report to Brunei Computer Emergency Response Team (BruCERT):

(i) Cyberbullying: Online harassment, abusive or threatening comments, or impersonation.